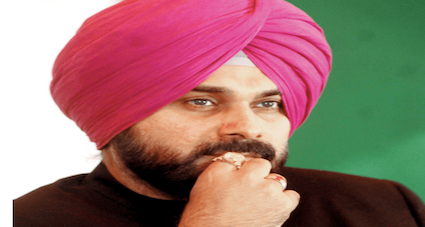 Navjot Singh Sidhu has a problem: He wants to rise in politics and be independent as well.

It shows he is either impractical or foolish or both.

You could rise in politics either through grassroots or your genes or as professionals such as Manmohan Singh, Kapil Sibal etc have been.

But skills alone didn’t carry these two gentlemen thus far. They needed political patronage with the caveat to leave a free will outside the door.

Sidhu, and I know him for almost four decades now, is a driven person like few are.

He once couldn’t hit a six but thereafter couldn’t stop doing it; he stood out as a commentator with interjections which were often crap but then crap it is which appeals to masses; and his popularity landed him on TV and party headquarters of Bharatiya Janata Party (BJP) in early 2000s.

He was just about turning 40 and immensely successful.

Now this “driven” entity couldn’t have reconciled himself with successive wins in Amritsar East or as an elder parliamentarian.

Such men are always in pursuit of a bigger, higher cherry.

The trouble is BJP doesn’t promote you on genealogy or your victory margins in polls.

It roasts an ambition over decades spent on ground; one who could brave heat and cold, rain or dust; and is finally a mass leader.

Or if it’s ideological fountainhead, RSS, finds a man or a woman shaped in their own image.

Or in case of professionals, such as Arun Jaitley and Ashwini Vaishnaw, skill and ideology have blended as one.

It took a decade and a half for Sidhu to know he doesn’t fit in such a hard-nosed setup.

He crossed over to Congress in 2017, even as his friend Imran Khan had loomed in Pakistan; and this chemistry held promise given how soft Congress is to powers next door.

It must not have escaped Sidhu that Congress doesn’t allow a lesser light to be a threat to Gandhis; as it happened to a Sharad Pawar or a Mamata Banerjee or a Y Rajshekhar Reddy . And as it could happen to Capt. Amarinder Singh, once the only credible Congressman in popular imagination.

The pieces fell in place as Sidhu must have imagined: He became the gun the Congress could trigger at Capt Amarinder Singh; the latter’s fall would happen with Sidhu’s rise. In his view, Charanjit Singh Channi was a man meant to warm the chief minister’s chair for him.

He didn’t want bureaucrats and cops of his disliking; he threatened to resign as state congress chief every second morning and forgot that Gandhis could smell trouble farther than African elephants do.

So Sidhu was now just a foot soldier and not a kingmaker on Punjab’s chessboard. All of a sudden we found his sister landing up from the United States and terming his brother a “cold-blooded” and  “ruthless” individual.

And when Rahul Gandhi announced there would be a CM’s face for Punjab, the dye was cast. Sidhu had begun to sense a shift of winds—“people at top want a weak leader”—and now its an eventuality.

Sidhu is unlikely to remain content as a faceless legislator in Congress. He won’t survive as Congress state chief, and there is no chance he could parade 62 MLAs again like he did as a bloc against Capt Amarinder Singh. Those self-serving legislators won’t touch him with a barge poll now, survive as they do at the mercy of Gandhis.

Sidhu could float a new party, like he once did in 2016 as Aawaaz-e-Punjab—a weird name given how much it sounds like Aawaaz-e-Pakistan—but that alone won’t turn him into a chief minister.

Sidhu could either play second fiddle to Badals and SAD which won’t happen.

Even if he was to approach BJP, and the latter was magnanimous, Sidhu would’ve to spend decades before he would be the party’s choice.

Tiptoeing into his 60s, Sidhu isn’t a spring-chicken like Mamata or YS Jagan Mohan Reddy once were when they floated their parties and took control of their regions.

He neither has the age nor the humility to inch up at his goal without paparazzi in tow.

The image he crafted is now a cross around his neck.

Systems, as a rule, only allow an individual to blend.

But it’s trouble if an individual threatens that very system.

Sooner than later, the system gets rid of him.

If he doesn’t already know it, Sidhu is now a political pariah.

We would watch if he could summon a new identity: Or returns to his relevance on TV shows and commentary box, that is if he is still welcomed.

He could remain in politics; provided he is one without ambition—which we know is beyond our man.