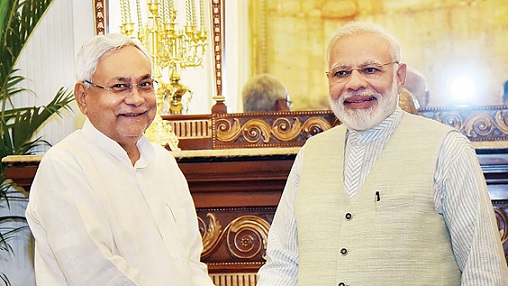 Though NewsBred was still awaiting an official confirmation, its own calculation gives NDA 125 seats while the RJD led Mahagathbandhan bagged 110 seats. Chirag Paswan’s LJP bagged 1 seat while the rest seven went to others in the 243-seat assembly.

RJD said that their party had won 119 seats in a post on social media. Election Commission countered by stating that at that time, only 146 results had been announced. The implication was obvious: that the RJD claim was unsustainable. It further said Election Commission was under no pressure.

BJP has also won 40 seats out of 58 in bypoll elections across 11 seats which is a testimony that all the noise about Modi government’s failure on Covid-19, migrants issue, job, employment etc was a drummed up work of India’s questionable media.

On balance, it seems that prime minister Narendra Modi’s campaigning in Bihar, where he addressed number of rallies, helped NDA prevail.

Earlier in the day, Congress leader Dr Udit Raj had alleged EVM hacking amidst his party’s poor performance in the Bihar and assembly bypolls.