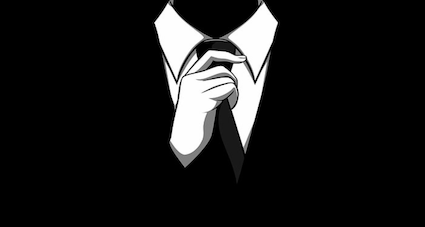 I asked a friend of mine who was a very senior civil servant, one of the sort who had been accused of extreme honesty, and his cryptic reply was that he ensured that his body size had not changed since Mussoorie days so that he could continue with his closed collar (Bund Gala) suit instead of sticking a necktie around his neck. Therefore, his response was that people who had put on weight after joining the Government, wore neckties over loose shirts to hide their increase in weight.

A good example of this is the progress of the necktie as seen through my eyes.

When I was young the haves in my family and their circle of friends used to wear neck ties as a routine. This set them apart from the rest of us who were not wearing neckties almost at all. Except if we were enrolled in a certain above the median schools or if not only when we were ourself getting married or if again enjoying a status above the median which attended such functions wearing one.

On joining the mercantile marine and on ships though we wore uniform. Wearing neckties was not mostly a part of our routine. Except when visiting the shipping company head office or when down for exams, where MMD insisted that we wear one.

It is only when I started working for the corporate sector that I understood that the necktie became almost an essential part of apparel. When meeting clients, when going for meetings to head office, when meeting officials, and almost always when attending routine office. Even for field visits to ports and sites in extremely hot weather.

I only really understood the point behind the concept when I attended my first general all India management meeting at my Head Office. All of us regional satraps were sporting neckties if not full suits. Whereas the Top Top management and Promoters were bouncing around on the stage in jeans and t-shirts. We, senior management or lower, in general alway understood that this does not mean that we were free to attend the next meeting minus the finery, especially the neckties, that we presently sported.

So in simple terms your necktie was a clear sign of your subjugation and inferiority. Like in Delhi when I was younger and had a keener eye for such detail. The girls attending the ____ schools used to wear skirts and the other girls used to wear the drab salwar kameez. Now the opposite is true when the rest of the ________ school girls wear skirts. The girls attending _____ schools stand out in their salwar kameez.

A couple of friends who are way up there in the world of science abroad, India origin, India loyal, but the sorts who knew about ROCKETRY type episodes and thus moved to safer climes, were more forthcoming. According to them, this necktie stuff was and is pure slave genes, with one of them pointing out how in other countries also train crew, taxi drivers and waiters wore neckties – till their Unions protested and reverted to more sensible dress codes.

They also had some pithy comments about how visiting Indians almost always wore neckties and jackets for technical meetings till our friends took them aside quietly, and asked them if they happened to have any traditional Indian apparel with them. And if not, they even more quietly took them to the local Indian garment shops, and next day, there they were, the Indian contingent, dressed in Indian clothes and much more at ease – or at the very least, in dual flap pocket bush-shirts over any sort of trousers.

So what is it with neck-ties in India? To triple pun, is wearing neckties a legal requirement, and if so, why?