New dams in Ladakh, J & K: As always be ready for Pak spoilers 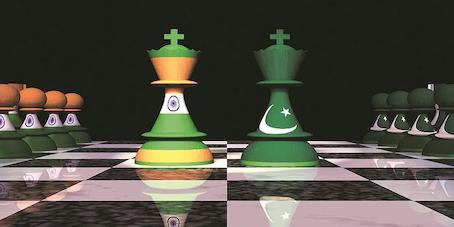 The Central government has given clearance for eight hydropower projects with a total potential of producing 144 MW for the Ladakh region. In all, five projects have been cleared for Leh district while three projects are for Kargil district. Due to typical topography, it is not feasible to set up large hydropower dams in Ladakh region.

The designs of these projects have been certified as compliant with the Indus Waters Treaty (IWT), according to a Jal Shakti ministry official. As mandated by the Treaty, relevant information is being provided to our western neighbour Pakistan, he added.

The construction of these projects can begin only after several mandatory clearances are obtained, the official said. India was allocated 33 MAF (Million Acre Feet) of waters of Eastern Rivers of Sutlej, Beas and Ravi. Pakistan was given 135 MAF of flows in Western Rivers of Chenab, Jhelum and Indus. India, however, has unlimited rights to tap the hydropower potential of the Western Rivers when they flow through its territory.

In the past, Pakistan has almost invariably raised objections to the hydropower dams being built by India. The more widely known cases from the recent past are its objections on Kishenganga, and earlier Baglihar dams. Ths 300 MW Kishenganga project was inaugurated in late 2018, and arbitration is on in a global forum. The case pertaining to Baglihar was adjudicated by Neutral Expert Raymond Lafitte.

Some days ago, the Central government had cleared an investment of over Rs 35,000 crore for hydropower projects in the Union Territory (UT) of Jammu and Kashmir, mainly on the Chenab river. It is only a matter of few days that we are likely to hear from Pakistan regarding objections it has on projects in UTs of J&K and Ladakh. If Pakistan has its way, it will not allow the construction of any dams at all.

Pakistan’s objections to hydropower projects planned by India on the Western Rivers harm us as they lead to delays and consequently cost escalations. Indus Commissioner of India and NHPC officials usually take it for granted that Pakistan will raise objections. Following a policy of extreme caution, the NHPC, which is usually involved in most projects, tries to address Pakistani concerns patiently.

On 120 MW Miyar dam in Lahaul Spiti area of Himachal Pradesh, Pakistani objections had forced the Indian side to incorporate some design changes. Pakistan has raised objections to Lower Kalnai, Pakal Dul and Ratle projects also. Work on 1,500 MW Pakal Dul project, just north of Kishtwar town, is continuing at a slow pace.

In the past, Indus Commissioner of Pakistan and other officials have often visited the proposed project sites in India on the Western Rivers. A couple of years ago, the Pak officials had visited Kishtwar district to see the project site of Ratle HEP dam at Drabshalla.