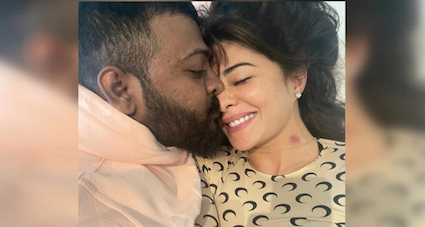 Conman Sukesh Chandrashekhar sports a beard and likes to wear expensive suits. He has a certain je ne sais quoi, and can sell anything, from a discarded diamond mine in Angola to a castle in the sky.

He can also operate anywhere. Whether it be an expansive office in Mumbai, a fancy hotel suite, or even a high-security jail.

Top officers of the Enforcement Directorate (ED) say Chandrashekhar has put the legendary Charles Sobhraj in the shade.

He and his key accomplice, wife Leena Maria Paul, a small-time actress, are now in Mandoli jail. They were shifted from the maximum-security Tihar jail, from where Chandrashekhar ran his operations.

Chandrashekhar, says the ED, gamed the system by bribing top jail officials. He used messaging platforms like WhatsApp and Telegram to conduct his business. He got jail authorities to empty a whole barrack for his use, and had other inmates wash his clothes.

Now that he and his wife have left Tihar, more than 11 officers who helped him there are under ED’s scanner.

His lawyer R Basant maintains that his client is an innocent businessman and has been framed by the country’s intelligence agencies. “He was threatened in Tihar, hence the judge shifted him to Mandoli,” Basant told this reporter.

At Mandoli, Chandrashekhar and his wife are choosing to stay relatively quiet, say officers of the ED. But they are slowly getting into the act.

Chandrashekhar is dropping hints about his links with a host of judges across India, and promising the moon to inmates, as also to politicians and corporate honchos outside the jail, who are battling big buck court cases.

“He is close to some of Delhi’s top lobbyists who are seeking his help to solve their clients’ cases,” said a source in ED.

Chandrashekhar, claims the ED, does not reach out directly to the big and famous. He uses the lobbyists, promising them wonders.

Chandrashekhar has indeed come a long way from his humble days as a student at Bengaluru’s Bishop Cotton school. He was called Kaalia at school, the name of a 1981 Amitabh Bachchan blockbuster.

He lived with his parents in a garage at Bhavani Nagar. His father, Vijayan Chandrashekhar, urged his son to join a college after school, but Chandrashekar junior did not.

He had started conning people even before he was an adult. At 17, he posed as an official of Bengaluru Development Authority (BDA) and conned many on the pretext of getting land allotted to them, and work permits. Chandrashekhar made some decent cash.

Then one day in 2007 he ran out of luck. One of his victims filed an FIR alleging that Chandrashekhar had promised him a plot of land and had cheated him of Rs 1.5 crore. Chandrashekhar was arrested, but he was out in a few weeks.

Bengaluru old-timers remember how Chandrashekhar posed as the son of Karunakara Reddy, a top Karnataka minister. He started selling expensive new and used cars. He always took cash in advance, but neither delivered the cars nor returned the cash,  say cops in Bengaluru.

“He pitched his services very confidently and professionally. His charm and oratory skills made his subjects trust him instantly. A master salesman of sorts, he had the power to convince with ease and eloquence. It is difficult to deal with cars without showing the product. But Chandrashekhar managed it,’’ said the cops.

In less than five years, Chandrashekhar had grown in stature not only in Bengaluru but in neighboring Tamil Nadu and Kerala as well.

Besides `selling’ residential plots and luxury cars, he peddled `top-end, imported’ music systems as well. In reality, these were fakes assembled in shacks in Bangladesh and then smuggled across the Bengal border.

Sometimes, FIRs would be lodged, but by the time the police would be on his tail, Chandrashekhar would have disappeared. Some cases went to courts, but Chandrashekhar knew how to navigate them. He continued to get bail and seek repeated dates for appearances, till the complainants lost interest.

But eventually, the law caught up with him. In March 2014, Chandrashekhar executed his biggest fraud. He posed as Jay Kumar, a top IAS officer with the Karnataka government, and cheated Canara Bank of Rs 19 crore.

Bank officials alerted the police and an FIR was registered. The case was transferred to the CBI and a charge sheet was filed in 2015.

But Chandrashekhar was unstoppable. The same year he cheated the promoters of Primo Company, Bengaluru, by posing as an employee of Karnataka Project Development.

Chandrashekhar called the MD of the company and convinced him to pay Rs. 1.5 crore as a bribe to fix a tender in the company’s favour. On realising that they had been cheated, the company filed an FIR.

Feeling the heat, Chandrashekhar shifted to Chennai and operated from a plush, beachfront bungalow. He whizzed around in expensive cars, but was arrested after it was reported that he bribed officials of the Election Commission (EC).

He then claimed that he was working at the behest of local politician T.T.V. Dhinakaran, who wanted to secure the All India Anna Dravida Munnetra Kazhagam’s (AIADMK) electoral symbol for the faction led by Dhinakaran’s aunt and Jayalalithaa’s aide, V. Sasikala.

Eventually, Chandrashekhar shifted to Mumbai to work with ponzi firms. He would always be surrounded by bodyguards and carried a toy pistol that looked like an original. His firm, Lion Oak, accepted investments ranging from Rs 5,000 to Rs 5 lakh.

Chandrashekhar had a flashy office where he regaled visitors with imported whiskey.

The Times of India had reported that Chandrashekhar would tell visitors that the sword displayed in his office belonged to Alexander The Great.

In one instance, Chandrashekhar posed as an officer of the union law ministry and tried to intimidate a receiver of the Bombay High Court in order to stall proceedings against businessman Navinchandra Hedge.

Hedge was the MD of Octamec Engineering, and had cheated the Indian Bank of about Rs 209 crore. The company was a supplier of the Airport Authority of India, Air India, Indian Oil, Bharat Petroleum, and BHEL.

In Mumbai, Chandra was drawn to Bollywood and started cultivating the agents of film actors, especially those out of work. As expected, Chandrashekhar started promising them the moon.

When he met Jacquline Fernandez, he told the actress that his name was Shekhar Ratna Vela and he was scouting for Indian stars for Hollywood. He also said that he was the owner of SunTV, the Tamil entertainment channel, and the nephew of former Tamil Nadu chief minister (CM) J Jayalalithaa.

Chandrashekhar reportedly gifted her a Persian cat worth nearly Rs 10 lakh, a horse worth Rs 52 lakh, and diamond necklaces and armbands. He even organised private flights for the actress and told her he was pals with Leonardo DiCaprio, who he met during the shooting of Blood Diamond. Chandrashekhar – says the ED – promised Fernandez a role opposite DiCaprio.

Fernandez did not realise that Chandrashekhar would have been only about 16 years old – he is 32 now – when Blood Diamond was released. The film was shot much before that.

Questioned about his relationship with the actress, Chandrashekhar said he was in love. He even released a letter through his lawyer to explain his side of the story.

Fernandez told the ED she did not know Chandrashekhar was a con man because when he made video calls from Tihar, his backdrop looked like a swanky office.

The troubled Singh brothers of Ranbaxy reportedly paid Chandrashekhar an estimated Rs 200 crore to secure bail. Aditi Singh, the wife of Shivinder Singh, has moved the court to reclaim her lost purse.

Chandrashekhar and his wife currently have more than 32 cases against them. Yet, they continue to maintain they are innocent.