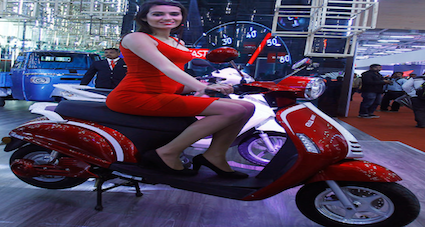 A few days ago I walked into a battery scooter showroom in a town near my adopted village. The on-road prices, after subsidy, including registration, insurance and charging equipment, were in the 1.25 to 1.5 lakh range. For that, I would get a very pretty two-wheeler in a wide range of colours, with a huge range of electronic beads and baubles – most of which I would not use if all I wanted was to get from Point A to Point B in reasonable comfort and safety.

For some reason, the manufacturers have deemed it fit to also include a reverse gear in their repertoire – and for those of us who have grown up playing stupid tricks on two-wheelers, powered or otherwise, let me assure you, very few tricks required more skills and controlling expertise than trying to ride a bicycle, leave alone a motorised two-wheeler, in reverse.

Many people I know still can not reverse a car properly, and I have lost count of the number of times I have dismounted to help people park or unpark their cars in reverse. I have taken part in automobile rallies in all sorts of motor vehicles, from vintage to modern, bikes, three-wheelers, cars and heavy vehicles – but still, if I bought a battery 2-wheeler, I would disengage the reverse gear permanently as soon as I bought it.

Next, there appears to be no standardisation, so far, on the electrical socket required. Why an ordinary 5amp or 16amp socket can not be used is something I can not even begin to understand – and please be aware, I have helped re-design cargo and roll-on roll-off ships for passenger usage – where providing working electricity sockets for a full range of passenger needs is part of the standard operating procedure.

And one that is very easily solved. But no, we are likely going to see manufacturer specific or maybe even model and variant specific charging points for some time, like used to be the case with charging units for mobile phones till not too long ago. For which, charges shall be extra, at all points. Pun intended.

Finally, and this is a design issue – everyone knows that a scooter to be a success in India needs to provide more torque than power. A top speed of 50-55 kmph is more than enough. The space ahead of the rider needs to be good enough to take a child and a large school-bag; at a pinch, a gas cylinder. And the spare tyre mounted on the back as a back-rest or as something to secure at the very least a trolley, a crate of fresh produce, agri-products goods to safely.

There is a huge customer base in rural and semi-rural India not being addressed by this present range of city-styled battery two-wheelers. As I see people in villages walk miles to pick up a bottle or two of petrol sold at highly inflated rates, I wonder – when will we see a sensible battery two-wheeler for them in India?