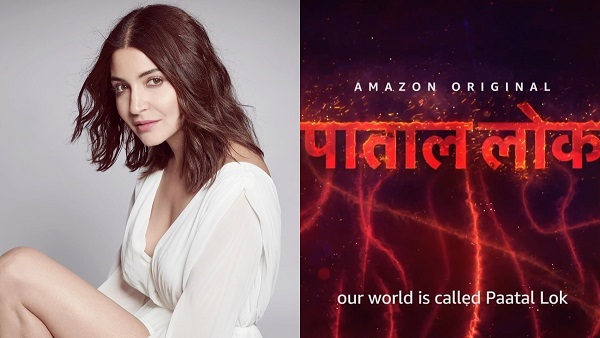 I cringed watching Paatal Lok.  Kutiya (bitch) is a word used in everyday life for a women of no-character. A bed-hopping adulteress. In the serial, a kutiya is named “Savitri.” The name which has a pious association for all Hindus since it tells about “Sati Savitri” who made Yamraj (God of death) return Satyavaan for her exemplary devotion to her husband. Many metaphors with Savitri are routinely used, e.g “Badi Sati Savitri bani phirti hai. (Don’t act as you are a Sati Savitri).”

Indifferent, that most Hindus are, would give a benefit of doubt. Maybe, the producer, Anushka Sharma, knows many bitches who are named “Savitri.” Maybe, the creator, Sudip Sharma, remembered a cousin who was Savitri and was called “kutiya” at home. Maybe the platform, Amazon Prime Video, is obliged to some Jihadi or missionary sponsor.

Then you have a scene which would bear a recall to the unfortunate Junaid incident when a young Muslim boy lost his life on a suburban train. The Left-Liberal media made sure that Junaid became a posthumous symbol of Hindu’s intolerance on beef. Only, the Court later ruled that the clash had occurred over occupation of seats and not beef. This truth remains uncorrected in Lutyens Media. Paatal Lok turns it into a legend. The scene has no relevance to the script. Its dispensable to narrative. Yet it’s forced in.

Chitrakoot is sacred for Hindus like few holy sites are. Rama and Sita and Laxman spent 11 years and six months of their 14 years of banishment here. As per Hindu legends, Brahma, Vishnu and Shiva made a pilgrimage here. Great sages like Sati Anusuya and Valmiki meditated. It remains a place where renowned seers, devotees and thinkers visit for Nirvaana. In Paatal Lok, it’s shown as a hotbed of criminals and murderers. A dark world. A habitat of monsters.

Here we have Hindu priests who make the most profane abuses in temples and distribute beef. We have an upper-caste Hindu confidante of a corrupt Hindu leader who does extra-marital sex with his janeu (sacred thread) visible on his torso. The corrupt Brahmin leader himself eats with Dalits but carries mineral water in his jeep. We have CBI cook up the Islamic State terrorists theory when none exists.

Most of this is intended to show Hindus in poor light. To make them doubt their gods, to lose faith in a culture and heritage which is unbroken for last 5000 years, without an equivalence in the world. So that young Hindus see no reason to develop faith. It dies out without followers in due course.

If this is artistic licence, just imagine: A Muslim is doing sex with his faith’s holy images on the wall; a bitch is named Ayesha or Mary; Mecca and Medina are Jihadis hideouts; pork is being served in Mosque. Or if the Prophet is picked like Krishna is occasionally done for gopikas. Does this make you angry, our Muslim and Christian brethren? Sure it does and it must.  But don’t worry, these transgressions only happen for Hindus for they won’t burn producers’ homes or cars like it could happen if you dare draw an image of a certain Prophet. None have done so and not paid the price.

This is the boundary which is never crossed in the name of creative licence and artistic freedom. Hindus apparently are the only suckers in this world.

Paatal Lok’s creator Sudip Sharma has now given an interview to a Leftist website where he claims “all art is inspired by reality…we need to trust our faith and I believe our faith is strong enough to take any criticism.” He says bitch was named Savitri as like the holy goddess, she also saves her husband.

If we may ask you Sudip, do Dolly and Sanjeev Mehra remind you of Savitri and Satyavaan? The husband routinely does sex outside marriage with a colleague; the wife picks a boy with the same on her mind. Would your reality extend to temples (Chandni Chowk) which are broken by Muslims; or where people are peeing on Lord Shiva’s bust. Would this reality encompass men like Tahir Hussain who had allegedly stocked petrol bombs and threw them through his men from his terrace? Or when Hindu kaanwarias are attacked while passing a Muslim locality? Is the reality that beef-mafia is run by Muslims and between Akhlaq and Junaid, dozens of Hindus were killed by this mafia for their cows, could be your reality-check? How about a Madarsa teacher who raped a minor 100 times? Is Islamic State a myth by Indian state agencies which must be mocked by you?

As of now, the BJP government has no plan to censor Over The Top (OTT) platforms like Netflix and Amazon Prime Video for derogatory content. We the viewers though could boycott Paatal Lok. They most probably did so to invite a Hindu outcry which in turn would bring more viewers in front of their TV sets. They also know it would ensure a favourable review. Hindus have an obligation to switch off.