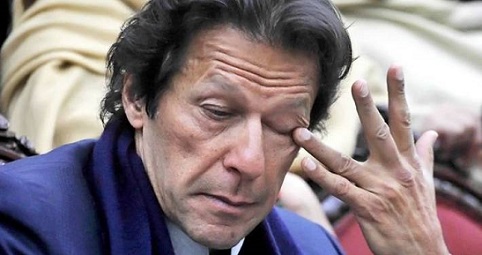 For Pakistan, it has become a new normal to get social embarrassment on global platforms. In another major humiliation, the Organisation of Islamic Cooperation (OIC)-an inter-governmental organization of Muslim populated countries has said the Kashmir issue has not been included in the agenda of the two-day meeting of foreign ministers of the OIC being held in Niger’s capital Niamey from Friday.

A statement issued by Pakistan’s Foreign Office on Wednesday to announce foreign minister Shah Mahmood Qureshi’s participation in the meeting of the OIC’s Council of foreign ministers claimed the two-day session will discuss a range of issues facing the Muslim world, including the “Jammu and Kashmir dispute”.

However, official statements issued by OIC in English and Arabic make no mention of the Kashmir issue is on the agenda for the meeting.

OIC’s official statements quoted the organization’s secretary-general Yousef Al-Othaimeen as saying that the meeting of the foreign ministers, being held with the theme of “United against terrorism for peace and development”, has an agenda that includes “topics and issues of concern to the Muslim world”.

Pakistan, which is a home for thousands of terrorists and has illegally occupied the parts of Kashmir, has been demanding that OIC should organize a special meeting on the matter of Kashmir but OIC members have overlooked the same.  The United Arab Emirates (UAE) and Saudi Arabia, key players in the 56-member OIC,

Pakistan’s relation with both UAE and Saudi Arabia has also worsened. While UAE has temporarily suspended the visa of Pakistan along with 11 other nation due to security reasons, Saudi Arabia has sought the early repayment of a $3-billion loan provided to the Imran Khan government in 2018 after it was irked by Islamabad’s criticism of Riyadh’s position on the Kashmir issue.

Meanwhile, the Modi government has worked to strengthen ties with Gulf countries and this has acted in the favour of India.