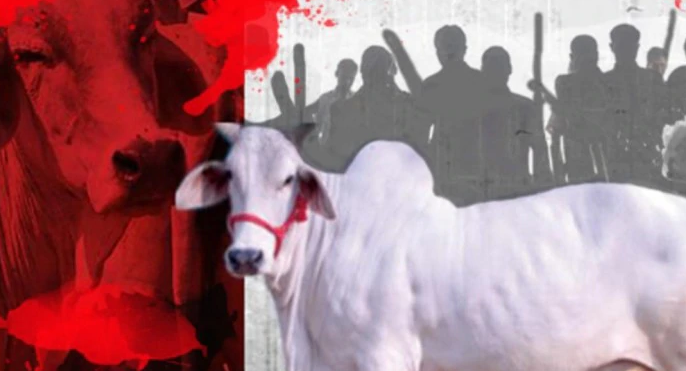 Indian Express can’t expect its readers—and I am one—to be polite any longer. The newspaper is telling lies, promoting communal divide and Hinduphobia for years now. And it’s happening because they are unaccountable to readers, appeased by Press bodies and handled with kid gloves by the executive and judiciary of this country.

Indian Express has published a front page screamer today in which they inform the readers that the “dairy farmer” Pehlu Khan who was “lynched” by “gau rakshaks” in Alwar two years ago has been charge-sheeted by the Police as “cow-smuggler.”

First thing first.  Pehlu Khan was a “cow-smuggler” first and a “dairy farmer” later. Dairy farmers don’t buy non-milch cows and move in pitched darkness through a forest. You don’t expect readers to believe you and not the Police that he was a cow-smuggler. It was convenient for you to paint Rajasthan Police as compromised since the BJP was in power in the state in 2017. Now Congress rules the state. The bias factor is flushed down the drain.

Your harping on “gau-rakshaks” too need a firm rebuttal. Alwar is the den of cow-smugglers who number in excess of 500. Cattles are picked from the streets and homes, stuffed into vehicles and mostly slaughtered in Mewat (Haryana) which comprises mostly Meo Muslims. “Gau-Rakshaks” are activists who, police acknowledges, tip them off against cow-smugglers. Indeed, police asks “gau-rakshaks” to accompany them in raids against the cow-smugglers.

Last year, police caught three women packing 60 kilos of beef in packets in Gobindgarh, Alwar. It allegedly was of a cow slaughtered in the jungle by the owner of the house, Sakeel. Police raided two more godowns in the same area: They were stocked with 221 cowhides, not more than a month old.

In the inside pages, Indian Express has another story which details the Pehlu Khan trial in progress. It mentions the accused who have been given “clean-chit” by the police and which has “resulted in widespread criticism for the then BJP government in Rajasthan.” It mentions the case has been transferred from “Behror” to “Alwar” since the witnesses alleged they had been “fired at.”

One of the witnesses was Pehlu Khan’s son Irshad. The police later found out that the “firing” episode was fake. “No firing on the witnesses took place and the complaint was fake. There was no circumstantial evidence of firing and no such vehicle, as described by the complainant is seen in CCTV footage,” said the police.

Yet the Indian Express is on its own trip. It quotes “fake” Irshad at length in its front page story, as outraged perhaps as Pehlu’s son is. “We lost our father in the attack by cow-vigilantes and now we have been charged as cow-smugglers. We had hoped that the new Congress government in Rajasthan will review and withdraw the case against us.” Could you believe it! A fake narrator is being given a platform, never put to searching questions by the “Journalism of Courage.” A crime is viewed from political lenses.

Indian Express has headlined its Front Page story: “Pehlu Khan was lynched; now charge-sheeted by Congress government.” It’s inside story also has “lynching” in the headlines. Clearly, the newspaper is loathe to let go on the word “lynching.”

So let’s look at this lynching bit. For over a decade now, Alwar residents are keeping vigil on their livestock in the night given the region being a beehive of cow-smugglers. Yet there are instances of farmers who had 10 cows once are now left with none, all stolen. Says son of one such robbed farmer: “We lost our cattle and learnt a new word—mob lynching. So if you resist a thief, they will say mob lynching happened.”

Cow-owners are terrorized, fired at, killed by cow-smugglers in Alwar. Yet, a Pehlu Khan is “awarded with a flat in Greater Noida and lakh of rupees.” Another (Rakbar) was given a grant of Rs 8 lakhs. What do those who lose their cattles and lives get in return, the activists ask? The tag of  cow vigilantes/”gau-rakshaks and lynchers.

There is little doubt in my mind that Indian Express has written more on Pehlu Khan than the entire media put together in the last two years. It has beefed up the story on false, motivated reporting. There is also little doubt Pehlu Khan wouldn’t have merited such a sustained coverage if he was not a Muslim. This is treating crime along the religious lines: Gau-rakshaks killing Muslim dairy owners. “Saffron terror” against helpless minority.  Hindutva brigade brutalizing peaceful Muslims.  A criminal’s son, who himself has been shown to be fake by the police, is being quoted at length. Nobody condones Pehlu’s killing but he was a cow-smuggler, not an innocent.

And just imagine the incalculable harm this biased, condemnable reporting does.  An Asaduddin Owaisi builds on the narrative to whip up fears of millions of Muslims. Omar Abdullah and Mehbooba Mufti chime in rhyme. Shabana Azmi descends on streets with placards. A Naseeruddin Shah buys the lie without a question. Javed Akhar, Kamal Haasan, Aamir Khan, Swara Bhaskar, Prakash Raj all rustic to nuances of agenda, if not Hinduphobic, add their bit.  It shapes the “Report of Religious Persecution” in India by the United States.  New York Times, Time and other beacons of Western press have pieces on intolerance in Modi’s India. And yet, merrily chugs the Hinduphobic train on the steam of an agenda.