Population: Before you question Yogi, answer: Does India have enough water or jobs? 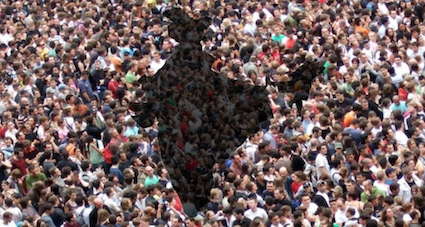 It’s such a shame that voices would be raised now that Yogi Adityanath wants to cull the demon of population in Uttar Pradesh. It’s a taboo for political parties or why they wouldn’t include it in their election manifesto during polls which happen in a clutch every year?

It’s not even debated in our Lutyens Media; no noise in sessions of the Parliament; no alacrity in our high portals of judiciary. Don’t they know that a nation which has almost 18 per cent of world’s population has only 4 per cent of its water, 2.4 per cent of land and equal amount of forested area? Almost 75 per cent of India doesn’t get clean water to drink. Could they sincerely claim they have the interest of India at heart?

When have our historians and academicians lingered on the fact that India of 1857 had 83 lakh square km of land and yet its’ population was only 35 crores. Today, we are left with just 33 lakhs sq km of earth and our population is zooming towards 150 crores. Uttar Pradesh, if it was a nation, would’ve been the fifth most populous;  it has more people than Pakistan. There is this wonderful link which shows how many of our states has more populations that many nations of the world. Japan, Egypt, Iran, United Kingdom etc all have less population that our Bihar, Maharashtra, West Bengal, Rajasthan etc.

Our India of a single party rule in 1970s was worried about the alarming population growth when the chart registered only 56 crore Indians. We had messages on walls, there were advertisements in newspapers. The Emergency gave a push too aggressive in methods. But then wheels of intent fell off. Our politicians stopped broaching the subject as it was deemed suicidal in electoral politics. Muslims were such a big catchment of voters that Rajiv Gandhi in the 80s even overturned Supreme Court who had stood by Shah Bano.

We would now have Public Interest Litigations (PILs) in Court over individual freedom, State not treating its citizens with equality, and of course that Muslims are not safe in India. Those upholding these placards and muzzling their conscience would never mention that if India suffers from pollution, unemployment soars, poor health due to malnutrition causes millions of deaths, population is the head of this snake. Our water quality is 119th out of 122 nations; we breathe in 22 of world’s 30 most polluted cities; we suffer 28% of world’s deaths out of pollution.

Who would deny that lack of education and population growth are two inseparable links. South, which is said to be in control of its population—hovering at a replacement of 2-odd persons per family or even less—mocks at India’s BIMARU states (Bihar, Madhya Pradesh, Rajasthan and Uttar Pradesh) who along with Maharashtra have more than half of India’s all population. Ten most populated states of India contribute 74% of India’s population. This anomaly is because of lack of education which prevents a couple from valuing a contraceptive; a woman from seeking a self-identity; the husband from easing off on his wife. It ensures India remains poor and ill, without education and nutrition, which morphs into lack of jobs, burgeoning crimes and deaths by the roadside.

Such a population is good enough to be your sentry, a maid, a cobbler, a rickshaw-puller, a corn-seller at the kerb, a car-cleaner, a rooted presence at traffic lights without a head or foot cover, those outstretched shrivelled hands and eyes slanted by folds of skin on the face. It condemns women to lift their child in hands and an assortment of bricks on head at construction sites.

Who are we to contest it ends up fuelling prostitution, some murder in a bungalow, some pistol on your temple blocking your car? Where do you find the land to raise or bury the people, water for parched throats; food for empty stomachs? And what happens when this young population which we gloat about today gets old in two decades time? Who looks after those millions of infirm lives? How much is it a strain on subsidies and quota which break the back of our Republic?

For god’s sake, don’t allow our Four Pillars to get away on population. They might be self-serving but they are snuffing the light out of our Republic. Muslims should shut up a Rahul Gandhi or a Mamata Banerjee or a Asaduddin Owaisi in case they raise their voice in protest against Yogi Adityanath’s move. They are not your friends if they throw you in front of wolves of penury and wretched existence. Learn from how much it has hurt your successive generations over 70-odd years of independent India. Those seeking less mouths to feed in your family are your friends; not those who in the name of protecting you, are making you a living dead—and those of your flesh and blood you adore.

And reserve a full-throated cheer for Yogi Adityanath: Who has gone against the grain and decided to bell the cat. Building on the theme prime minister Narendra Modi had elucidated in 2019 from the ramparts of Red Fort: Those who plan family are the real lovers of the nation.