Pranab Mukherjee loses his battle against multiple ailments: End of an era 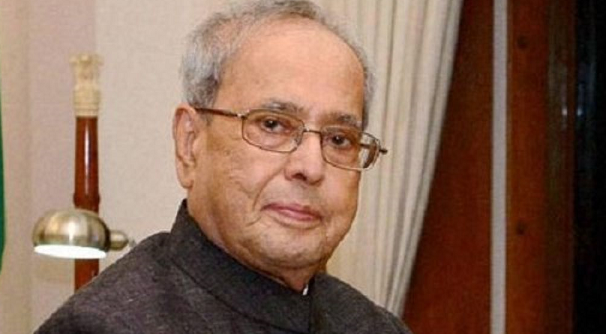 Former President of India and veteran Congress leader, Pranab Mukherjee died on Monday evening. He took his last breath at the Indian Army’s Research and Referral Hospital in New Delhi.

His son, Abhijit Mukherjee announced the news on Twitter.

“With a Heavy Heart, this is to inform you that my father Pranab Mukherjee has just passed away in spite of the best efforts of Doctors of RR Hospital and prayers, duas & prarthanas from people throughout India,” Abhijit tweeted.

This morning, the army hospital reported about his declining conditions.

The 84-year-old leader underwent brain surgery on August 10 and has been on ventilator support since then. He was in a state of septic shock due to a lung infection.

Before going for the surgery, Mr. Mukherjee has himself told that he has tested positive for novel coronavirus and advised all those who had been in his contact to isolate themselves.

Over the past few days, he has also developed a lung infection which further deteriorated his health.

Politicians across the parties have wished for his speedy recovery. Defence Minister, Rajnath Singh had also visited Mukherjee at the hospital.

A quintessential Congressman and excellent political strategist, Mukherjee had been the finance minister in Indira Gandhi’s Government from 1982 to 1984. Later he was appointed as external affairs minister in Narasimha Rao’s government. Mr. Mukherjee has also served as India’s 13th president from 2012-2017.

PM Modi shared his condolences with family and while expressing his grief, he wrote,

“India grieves the passing away of Bharat Ratna Shri Pranab Mukherjee. He has left an indelible mark on the development trajectory of our nation. A scholar par excellence, a towering statesman, he was admired across the political spectrum and by all sections of society.”

“Sad to hear that former President Shri Pranab Mukherjee is no more. His demise is passing of an era. A colossus in public life, he served Mother India with the spirit of a sage. The nation mourns losing one of its worthiest sons…”