Prophet Muhammad movie in Indian homes is an edgy affair 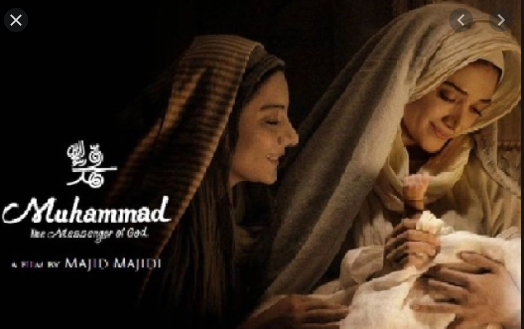 Nobody knows how the debut of movie “Muhammad, Messenger of God” in Indian homes next week would be reacted to by millions of Indian Muslims.

A new player in the Over The Top (OTT) streaming platforms, Don Cinema, run by an Indian Mehmood Ali, would release the movie on its App on July 21–a month which closes with Bakra Eid, or the Festival of the Sacrifice, considered holier than Eid al-Fitr, the two Islamic holidays celebrated world over.

The film’s score has been composed by that Mozart of Madras, A.R. Rahman, who had a fatwa issued against him on this movie itself six years ago, as it was on its Iranian film-maker Majid Majidi by a little-known Indian Islamic organisation, Raza Academy. Rahman was asked to read Kalima (The Word) again and re-solemnize his marriage.

The same organisation has issued a bugle again for this “intolerable” act by Don Cinema, wondering why Muslims are always the “target” even when it’s known that a “Muslim will die in honour than to see or hear even the slightest insult on his Holy Prophet.” The Academy has ended its appeal with the unveiled threat that it would cause “unrest” and “law and order” problem.

This movie on the Prophet of Islam was state-sponsored by Iran and released world over in 2015 but Saudi Arabia has banned it and so have a score of other Islamic countries who profess faith in Sunni Islam. As is known, Iran is the centre of Shia faith and Saudi Arabia of Sunni and the two have been violently divided over many a century over its purity.

The film took seven years in the making and has been hailed as a masterpiece by moviegoers yet the depiction of Prophet Muhammad, or anybody embodying him in art, cartoon or movies, is a taboo disapproved by Islamic theologians. Very few have crossed the redline and not paid the price.

In 2005, cartoons on the Islamic Prophet published by a Danish newspaper led to violent protests, attack on embassies and consumer boycotts and left scores of people dead.

In 2015, Islamic militants smoked out 12 lives at the offices of French magazine Charlie Hebdo for depicting the Prophet in cartoons which were termed blasphemous.

Salman Rushdie’s is an episode known world over as his 1988 book “The Satanic Verses” fell into crosshairs with Islam’s adherents and Iran’s late supreme leader Ayatollah Khomeini issued a fatwa, calling on Muslims world over to kill the author.

Closer home, Kamlesh Tiwari, a Hindu nationalist politician, had his throat slit inside his home by two Islamic fundamentalists for calling the Prophet Muhammad as the first homosexual last year.

The movie which depicts the early life of Prophet Muhammad, claims to show Islam in good light and spread its message of peace and brotherhood which has been tarred by jihadis and terrorists in recent decades. It’s been mainly shot in Iran but when elephants were required for the movie, India refused permission to filmmakers who later opted for South Africa.

As it shaped up the storyline went thus:

An attack on Mecca is ordered to destroy the Kaaba by the order of Abraha, King of Habasha. One of his commanders lead a force of thousands of soldiers, horses and elephants. As the army reaches the gate of Mecca, the elephants halt and refuse to move on the divine order. Next, small birds in millions release a hail of stones onto the invaders and the army is wiped out. A month later, the Prophet Muhammad is born. This pre-Islamic Arabia is seen through the eyes of the Prophet Muhammad from birth to the age of 13.

The movie at no point shows the face of the Prophet. Only his hand and feet in the cradle as a baby, and a child from the back is shown. The identity of the boy who played the Prophet Muhammad has not been revealed so far.

The apprehension on reception of this movie in India is valid. The first attempt to depict the Prophet Muhammad in a movie called “The Message” happened 43 years ago. In 1976, Anthony Quinn played the Prophet’s uncle Hamza. The film didn’t depict the Prophet Muhammad’s face on screen but Muslims were offended nevertheless. The movie’s director, Syrian Moustapha Al-Akkad was killed in a 2005 suicide bombing in Amman. It’s not confirmed though whether the attack was related to the movie.

In 1977, gun-terrorists sieged the B’nai B’rith building in Washington DC and demanded the movie’s release in the United States to be cancelled or they would blow up the building. A policeman and a journalist died in the standoff.

Interestingly, this movie was released in 2018 in Saudi Arabia after a 42-year ban. It became the first Arabic title to get a theatrical release in Saudi Arabia. Since it was approved by the Middle East censors, many other Islamic countries such as Egypt, Morocco, Iraq, Lebanon, Ethiopia etc also released the movie. This is only one of the two movies ever made on The Prophet, the other being the present one by the Iranian director.

It’s not clear how the release of this Iranian movie would play out in India. It’s unlikely the radical Islamic elements in India would look the other way. Even though the Shias in India might keep their peace since the movie has the blessing of Islamic Republic of Iran, the Sunnis would take the leaf out of Saudi Arabia’s book and all hell could break loose. For all we know, Don Cinema could itself develop cold feet. One surely can’t take one’s eyes off the movie even before one has seen it.