‘Protest is by `dalals’; Farmers of rest of country have no problem’ 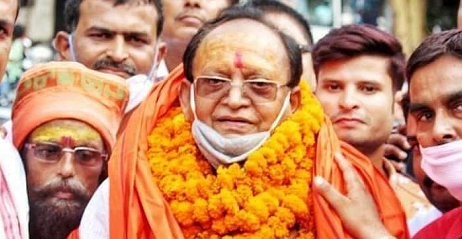 Bihar’s agriculture minister Amrendra Pratap Singh on Sunday said that the ongoing protest over the three farm laws is not being carried out by farmers but by “dalals” (brokers).

“Are there farmers only at the borders of Delhi and Haryana? There are more than 5 lakh villages in the country. Is any protest taking place in any village? Are farmers in Bihar protesting? Farmers living in 5.5 lakh villages are not bothered as they are aware that the new farm laws are beneficial for them,” Amrendra Pratap Singh said.

While talking to the media in an event in Vaishali, Bihar, he said that there are 5.5 lakh villages but there is no agitation there. “You [media] are taking notice of a handful of “dalals” who are agitating claiming to be farmers. The country would have been burning until now had there been a farmers’ agitation indeed,” he added further.’

Prime Minister Narendra Modi on Sunday visited Gurdwara Rakab Ganj near Parliament House in New Delhi and paid tributes to Guru Teg Bahadur, the ninth Sikh guru, in a move seen as part of his outreach to the community amid the ongoing farmers’ protest

Thousands of farmers have massed on the borders of Delhi since November 26 to protest against the laws. Modi has announced that he would address farmers again on December 25 – the birth anniversary of late PM Atal Bihari Vajpayee – on the 3 Farm laws and initiate another installment of direct benefit transfer (DBT) to farmer accounts.