QUAD is ready to acquire a military dimension: China jittery 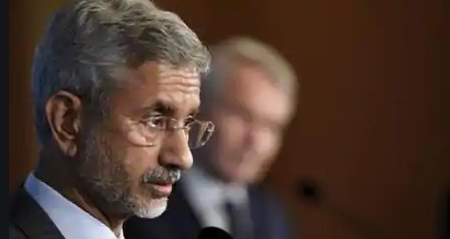 The Quadrilateral Security Dialogue, which we all call as QUAD, less than a month before the US presidential elections, could have military dimensions in near future and not just optics to sober up China.

India’s foreign minister S. Jaishankar would be in Tokyo in person to hold talks with his counterparts Michael R Pompeo (US), Marise Payne (Australia) and Toshimitsu Motegi (Japan) for what Ministry of External Affairs (MEA) has outlined a commitment to keep a free, open and inclusive Indo-Pacific.

The new reality on Line of Actual Control (LAC) has forced India to shed its coyness. In 2016, New Delhi was prompt to reject the proposal by US Pacific Command head Admiral Harry B. Harris for military dimension of the cooperation in South China Sea. Now this month India’s chief of defense staff General Bipin Rawat, generally reticent, surprized the strategic community by stating the QUAD should “ensure freedom of navigation and freedom of navigation operations” in the Indian Ocean.

India-Australia naval exercises were largely staid in 2015 and 2017. But it took a massive leap in 2019 with anti-submarine warfare (ASW) featuring prominently on its agenda. ASW is a critical part of the Malabar exercises which raises hackles of China.

It’s also worth keeping in mind that India has military logistics agreement with all three countries—US, Japan, Australia—in place now. India also has a 2+2 foreign and defence ministerial dialogue arrangement with all these three countries. Needless to say, Jaishankar would have separate bilateral meetings with his three counterparts in Tokyo.

Sure, India has to invite Australia to the Malabar naval exercises it holds with Japan and the United States for a clearer signal of its intent to give QUAD a military dimension. It must be mentioned India has held passage exercises with its American, Japanese and Australian counterparts with impressive regularity in last few months.

If QUAD has to acquire a military attire, a few niggles need be sorted out. For one, India and the United States could have political edge to their relations if Joe Biden upstages Donald Trump in the US presidential elections. Besides, India insists on an “inclusive” Indo-Pacific which necessarily means a role for Russia that the other three-pillars of Western democracy—are not comfortable with.

Yet there are increasing signs that QUAD is a grouping which is ready to shed its attire of dialogue and wear the one of military collaboration between four democratic powers which surround Indo-Pacific.

China seems to understand the import of QUAD perfectly and has come out with a statement it’s opposed to an “exclusive clique” in the Indo-Pacific. Its foreign ministry spokesperson said in Beijing on Tuesday: “Efforts should be made to enhance regional countries’ mutual understanding and trust, instead of a targeting a third party or harming third party’s interests.”

The dye is cast, as they say.