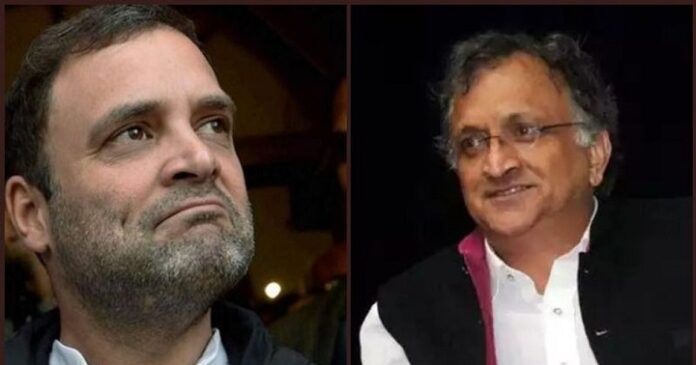 Ramachandra Guha, a much-toasted academician in the Left-Liberal circles, has dropped a bombshell by calling Congress’ party’s dynast, Rahul Gandhi a “dilettante.”

Dilettante means a person who cultivates an interest without any commitment and Guha claims Rahul Gandhi as one, some eight years after he had first pronounced the same verdict on the man.

Guha’s tirade against Rahul Gandhi is a sign that even the coterie around him have begun to lose confidence in him. There is an attempt by this Left-Liberal lobby to look beyond Rahul Gandhi and project somebody as a national leader who could take on prime minister Narendra Modi in 2024 General Elections.

Guha says that in a newspaper column he had written thus some seven-and-half-years ago: “The nicest thing one can say about Mr Rahul Gandhi is that he is a well-intentioned dilettante. He has shown no signs of administrative ability, no desire to take on large, important responsibilities, no energy or commitment to solving – as distinct from merely identifying – serious social problems.”

Guha believes that Gandhi hasn’t grown an inch on his initial impression.

Guha was reacting to a recent poll where prime minister Narendra Modi continues to enjoy a whopping rating of 66% while Gandhi was a laggard at 8%.

In his latest column, Guha points out five areas which continue to be the bane of Nehru-Gandhi dynast.

1. Rahul Gandhi lacks fluency in Hindi: despite being a MP from Uttar Pradesh for three terms. He lacks control over the language which majority of Indians speak. He lacks clarity of thought and fails to present his views in Hindi.  As against this, prime minister Narendra Modi is an excellent communicator in the language.

2. Lack of Administrative experience: Rahul Gandhi does not have a first-hand experience of Indian politics. He has no experience in handling any administrative job. Most of time he has been seen escaping from taking large responsibilities.

3. lacks Energy: when you represent yourself as a leader of a country with largest number of youths in the world, you must match with their energy. He lacks stamina and remain absent for weeks.

5. Only sense of entitlement: He hasn’t done remarkable to deserve even the congress party president position, forget about PM position’s- His great grandfather, grandmother, and father all were prime minister- that’s it? Is that what is required to become a Prime Minister? No! Most Indians do not consider this entitlement as an advantage rather one of the biggest disadvantages. He himself has done nothing to achieve whatever he has now. This against a self-made leader who has been part of active politics since his early days.