Robert Vadra holidaying in Turkey, without mask, has got tongues wagging 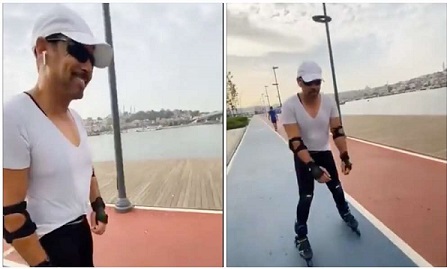 A video of Congress president Sonia Gandhi’s son-in-law Robert Vadra spending a vacation in Istanbul has gone viral. In the video, Vadra can be seen skating along the river without any mask.

The video is currently in headlines as it seems like Vadra holidaying in Turkey.

The reports of Turkey radicalizing Indian Muslim Youth with the help of Pakistan have also surfaced recently.

The Turkish government, led by Recep Tayyip Erdogan, is trying if establish its dominance in the Islamic world through his conservatism, orthodox approach, and ‘Ottoman traditions’.

According to security officials, Turkey’s anti-India activities and increasing coordination with Pakistan have created a rift between India and Turkey.

Earlier in November 2019, Turkey media has also informed that Congress’ Indian Overseas Congress has released a statement, mentioning the opening of an office in Istanbul and the reports of Congress opening office came just after Erdogan extended his support to Pakistan in the United Nations over the Kashmir matter.