Shia-Sunni angle in India and WikiLeaks 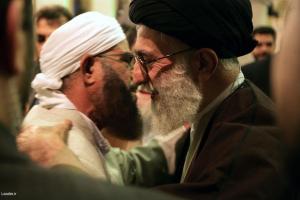 Wikileaks cables last week showed Saudi Arabia as perennially obsessed with Shia Iran and using charities and humanitarian aids around the world to trigger sectarian violence between the two sects of Islam.

It’s not a new phenomenon but India has so far been spared blood on its streets. Most concerns in India are related to Hindu-Muslim communal relations but Shia-Sunni duel hasn’t been an issue so far.  Indian Muslims are largely peaceful to each other.

Shias number 25 out of 150 million Muslims in India, according to Pew Research Center.  Sectarian violence, if at all, has happened only in Lucknow, a Shia stronghold, and the latest, last year, was after a long stretch of peace.

Syed Mohammad Asghari, a leading Shia figure in India who runs Ahlul Bait Foundation in New Delhi, is convinced that Shia-Sunni violence worldwide is a political phenomenon and not an outcome of animosity between the two sects.

In Syed Asghari’s view, Shia-Sunni violence in India largely happened during the British rule. Before Islamic revolution in Iran, there was no conflict between the two sects in Pakistan. In Iraq, the conflict has surfaced after United States came on to the scene.

Though majority Indian Muslims are Sunnis, Syed Asghari believes very few are strict adherents to Wahhabism, the chief puritan doctrine of Saudi Arabia. It’s the Wahhabism which is said to be the motivating factor behind Islamic State (IS).

As per Asghari, Wahhabis in India are divided into several groups and all is not cosy between them. The Ulema of Deoband Seminary, Tablighi Jammat, the Nadwatal Ulema Seminary and Ahleh Hadith are all considered Wahhabis.  Jammat Islami too are said to harbour Wahhabi outlook. However, from the majority point of view of Indian Muslims, Wahhabis are considered those who disapprove of existing Islamic practices in this country, such as the Day of Ashura.

The Saudi Cables by WikiLeaks show that the Saudi kingdom donated  $266,000 to an Islamic association to open a nursing college; $133,000 were spent on an Islamic conference; and another grant was given to a vocational training centre for girls.

Saudi King Abdullah, who died earlier this eyar, gave away $1 million to the Khaja Education Society and a lesser amount to a medical college run by Kerala Nadyathul Mujahideen.

Humanitarian aid is often provided with a sectarian angle. WikiLeaks mention that in 2011 the Saudi foreign minister requested aid for flood victims in Thailand, noting “it will restrict the Iranian government in expanding its Shiite influence.”

Saudi Arabia is proactive in countries where Muslims are in a minority and where Shiite influence is feasible. These countries are mentioned as China and the Philippines in the WikiLeaks. Saudis seeks reports from its embassies in Africa, such as Uganda and Mali, on “Shiite expansion” in those countries.

Those who seek Saudi funds invariably mention the Saudi-Iranian rivalry in their appeals, the cables revealed. Mentions in this regard are made of Afghan foundation in Afghanistan. Saudis were also successful in getting two Arab satellite television providers to drop an Iranian Arabic-language TV channels from its list in Riyadh.

Saudi Arabia in recent times has been rattled by the Iran nuclear deal. Not just in terms of political influence, it also fears that Iranian oil in market could further drive down the prices. As everyone knows, Saudi’s prime influence world over is due to oil and the resultant revenue it generates.

Still the Indian state is required to keep a close watch on the developments in Middle East. In December last year, a Bangalore food-company executive with an engineering degree was unmasked as one of IS’ most prolific propagandists on Twitter.