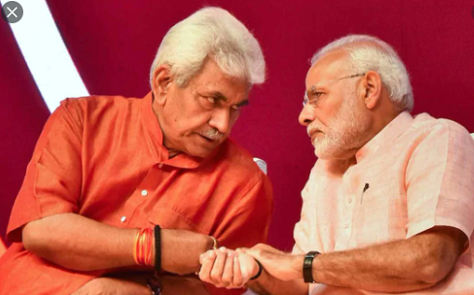 What stalled Ratle hydel power project earlier when Power Purchased Agreement (PPA) had been signed as early as 2010? What is it that happened in all these years that prestigious infrastructure company GVK withdrew from it? Grapevine is that too many demands the company faced from different quarters forced it to pull back.

After spending crores of rupees over a couple of years when its engineers were involved in some preliminary works at Drabshalla (Kishtwar), GVK decided it was it was time to call it quits. Rather than run the risk of succumbing to unreasonable demands from left, right and centre. The loser has been the ordinary people of Jammu and Kashmir as the project could have been completed by now.

An addition of 850 MW of generation capacity would sure have helped many quarters. The project has not taken off yet though it was inaugurated by the then dispensation of Prime Minister Manmohan Singh, in presence of Chief Minister Omar Abdullah and Governor N N Vohra in 2013. Omar was then heading a coalition government of the National Conference (NC) and the Congress.

The way this project has started, stalled and then gone into coma tells us something about the Roshni scheme, now called a scam, which Farooq Abdullah had started in 2001. If even a fraction of money that was promised through Roshni (Rs 25,000 crore) been collected, Ratle could have been online by now.

On Friday, Lieutenant Governor Manoj Sinha approved the proposal for development of 850 MW as a joint venture between J&K government and National Hydro Power Corporation (NHPC). It indicates the extent of problems that GVK had faced in its execution that Sonia Gandhi’s presence at the inauguration was not enough to keep the project going. The company has remained silent, preferring to keep mum over what transpired to force its hand.

The project was pegged at Rs 5,500 crores in May 2013 but is now expected to be completed in Rs 5,300 crore seven years later. If the cost calculations were not grossly inflated in 2013, what explains the cost reduction by Rs 200 crore now? A banker here in Jammu said that he would normally have expected the project cost to have crossed Rs 10,000 crores by now.

The details provided by the UT government to all media houses doesn’t throw light on what transpired between 2010 and 2020. It merely gives the fact of the project being sanctioned by the Administrative Council (AC) presided by the LG. Efforts to get in touch with some senior GVK officials who were once associated with Ratle project proved futile as they refused to say anything.

A couple of days ago, Prime Minister Narendra Modi had reviewed the progress made on the Pakal Dool power project. The project is located far upstream of the Ratle project on the Chenab beyond Kishtwar. The civil works on the project are under execution nowadays and it is expected to be completed by 2025. The 1,000 MW project is making steady progress and the pace was described by officials connected with it as satisfactory.

Another ongoing project on the Chenab is located at Kuru. Once completed, all these projects can lead to a tremendous boost for the power availability in J&K.