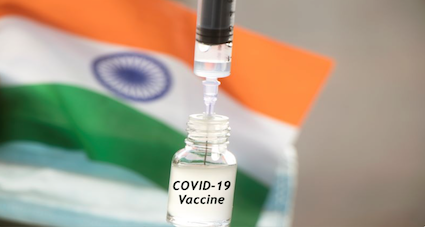 I had wondered aloud how the anti-Modi brigade would plan its next move after the Centre took their wind out by taking over the vaccination drive in the country.

These forces for two months had flipped and flopped; whipped up a hysteria against the prime minister Narendra Modi while shielding the Opposition-ruled States as the Second Wave of Covid-19 pandemic ravaged the country.

They pinned the Centre in a corner on oxygen, vaccination, pricing, hospital beds, ventilators, Kumbh Mela, Elections, dead-bodies-in-river etc—on every issue conceivable while giving the rogue States a clear pass. This agenda was drummed up in national and global dailies and some Bollywood-type dialogues from the judiciary couldn’t have come more handy.

But I wasn’t convinced. I wondered what next they could do to sustain this momentum of Modi-hate. How much more they could squeeze out of the “vaccination” matter, having drummed it up for so long.

A TALE OF TWO STORIES

In the first story, titled “Key corporates workplace jabs take a chunk of city vaccination”, the newspaper has stressed that in large cities, big Corporates are getting themselves and their families vaccinated through private hospitals while there is no such “favour” granted to the “unorganized sector”who are more vulnerable section of the society.

Let’s deal with this first story, here and now.

So where is the comparison in this “vaccine inequity”. This “inequity” is reflected in the numbers itself. It’s bound to reflect in other facets of their lives too.

Besides, unorganized sector won’t have to pay a dime as compared to a few hundred bucks which the Corporates are shelling out for each dose.

Who do you think is being favoured here, Mr Newspaper?

In the second story, headlined “Why BMC vaccine centres were shut when private hospitals had doses in lakhs”, the newspaper stretches the point that private hospitals have all the vaccines left while those run by the State and its bodies have to shut centres for lack of vaccines on June 3.

In short, in one story Indian Express is blaming “private sector” for using most vaccination, while in the second story it’s saying it’s not using enough. (go figure that out).

Laughs apart, there is no mistake what the newspaper is getting at: There is “vaccine inequity” between private sector vis a vis unorganized sector and State-run centres, they claim.

So this is the new trajectory of the “vaccination theme” we have been deluged with in the last two months.

In crude terms it is: While India is parched; Private Sector is aflush with vaccination.

One of these trajectories, that State centres are shutting down while Private sectors are lolling in extra vaccines would cease to exist on June 21. For thereafter, State would have no role in procuring vaccines as all would be provided free by the Centre.

But expect new variants of these themes being drummed into your ears by the Opposition and Lutyens Media at least till June 21.

The other variant—that there is “vaccine inequity” between the Private Sector and Unorganized Sector would last a bit longer. These propagandists would keep harping on the divide since essentially Centre can’t do anything with what private hospitals do with their 25% share of vaccines, except that they couldn’t sell it for more than Rs 150 extra per dose. These Private Hospitals could go for bulk inoculation or shots given to individuals, in one city or multiple cities as they deem fit.

Still, it would do you readers no harm to remember these facts for this bombardment of propaganda is going to hit you incessantly in next few days—or weeks and months.

On its part, Lutyens Media could ask governments such as Delhi to let go on pleasing journalists or judiciary in terms of priority in vaccination drives. The AAP government, instead, could put “unorganized sector” as priority.