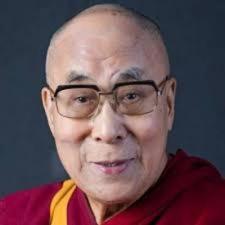 It’s such a humbug from the 14th Dalai Lama to suggest that the 1947 Partition could’ve been avoided had Pt Jawaharlal Nehru accepted Mahatama Gandhi’s offer to Make Mohammad Ali Jinnah as Prime Minister, the offer which was made to Viceroy Lord Mountbatten on April 1, 1947.

Gandhi’s offer to Jinnah was a non-starter from the word go. Gandhi had made such proposals previously too—and it had been rejected by the Muslim League and Jinnah himself. There is no reason to believe Jinnah would’ve accepted so on this occasion. Nehru only saved him the trouble.

Why Jinnah would’ve brushed aside the offer? Because the Central Legislative Assembly would’ve still been dominated by Congress members who would’ve rendered his Prime Ministership impossible. Besides, how would’ve Jinnah looked to his supporters and Muslim League after harping “Pakistan-and-nothing-else,” all these years?

Look at the issue from the Congress’ perspective. It still, by far, was the largest nationalist party, representing majority of Indians, including Muslims. Forget Hindus, how Congress would’ve appeared to millions of nationalist Muslisms still on their side? What was the guarantee that Jinnah would’ve stopped at his original demand of six states only? (Punjab, Bengal, Sylhet, Sind, Balochistan and NWFP). And what about one-third of India which was still run “independently” by hundreds of princes and their fiefdoms?

Above everything else, nobody believed Gandhi was serious on his offer. This is what Lord Mountbatten has written in his memoirs on the offer:

“I (Mountbatten) need not say that this solution coming at this time staggered me. I asked: “What would Mr Jinnah say to such a proposal”? The reply was, “if you tell him I am the author, he will reply “Wily Gandhi.”

Still, Lord Mountbatten did put Gandhi’s proposal to Pt. Nehru. The latter pointed out that Gandhi had made a similar proposal during the Cabinet Mission of 1946. The proposal was all the less realistic a year hence now because of the policy of Direct Action by the Muslim League which has caused bloodshed and bitterness.  Nehru also wondered if Sikhs and Hindus in districts of Punjab where they dominated, would accept the proposal.

As per VP Menon, the Constitutional Advisor to the Viceroy (know more about him, he is the one who actually solved the knotty Partition issue), “the assurance of cooperation by the Congress (to Gandhi’s proposal on Jinnah) is more a wishful thinking…this is perhaps not un-intended by Gandhi.

“According to Gandhi’s proposal, Jinnah is at liberty to plan for Pakistan and even to put his plans into effect provided he is successful in appealing to reason and does not use force. This is asking for the impossible.

“If Jinnah could persuade the Sikhs and Hindus of the Punjab and Hindus of Bengal to join Pakistan, he would automatically get his Pakistan without joining the Interim Government on dubious terms. On the other hand, if Jinnah still persists in his scheme of separation, he will be giving his case away by entering the Central Government.

So, His Holiness, please spare us the false history. As it is we have many historians of dubious claims and agendas who manipulate the truth. Yours’ might be an innocent one but no less grievous.