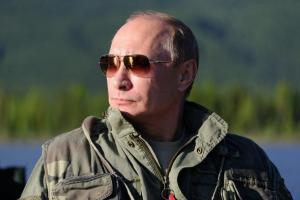 After imposing Moscow’s will on the situation in Syria, Putin is moving on to Libya. And this new proxy conflict he is waging with the West has many of the same hallmarks of the last one: the West backs a pitiful attempt at a ‘democratic’ government with unfortunate Islamist leanings, Putin backs an authoritarian, militaristic autocrat, and ISIS sits squarely in the middle, a target of everyone’s rhetoric but too rarely of their weapons.

And once again, the West is being outmaneuvered. The Western-backed government of National Accord ruling from Tripoli is anything but democratic, and is barely held together with the ‘protection’ of Islamist ‘Libya Dawn’, a coalition which includes former Al-Qaeda jihadists, amongst other interesting characters. And the ‘protection’ also comes at the cost of Dawn steadily usurping the institutions of this government recognized by the West and the UN. A very thin veil of civility is masking a very chaotic and merciless struggle for power between groups that have very little in common and very little shared notion of what Libya should look like in the future.

Meanwhile, in the eastern city of Tobruk, the elected parliament of Libya, the House of Representatives, increasingly alienated from the government by the intrusion of Dawn into the political process in Tripoli, is being attracted into the sphere of influence of the rebel General Haftar who controls the East of the country, most of the oil fields, and who is backed by Russia.

Now the Russians have just reportedly helped the East to print 4bn dinars, backed by that oil, and to consolidate a rival central bank to the one in Tripoli. In effect, Putin is helping Haftar build parallel state institutions to those in the West of the country. And, with their superior wealth and military power, the East can expect that in the medium-to-long term they will steadily usurp the legitimate institutions of the state, and eventually take over the whole of Libya.

And just like in Syria, there is no need for a public confrontation between the Western-backed government in Tripoli and the Russian-backed East. Both can pretend to arm their clients and even send troops on the ground under the pretext of fighting ISIS, who are holed up in Sirte, right in-between the two main factions.

What Putin is doing is good, old sphere of influence politics, just like in the Cold War. But the West is failing to respond in kind. They either refuse to acknowledge this reality, or are impotent to do anything about Putin’s grab for the Middle East.

The Obama administration, now in “legacy mode”, will not allow itself to be dragged into open involvement into Libya, while the Europeans who contributed most to the toppling of Qaddafi in 2011, Britain and France, are caught up in other serious business at home – the UK with its referendum on exiting the European Union, and France with some of the most serious industrial disputes in years.

The most worrying aspect of this for us should be the fact that, if this ploy works, Putin is establishing a template for how to take Middle Eastern countries into his sphere of influence that could extend to our traditional allies in the region. The militaristic, autocratic, and often secular dictators which we have traditionally backed, have now seen, in the wake of the Arab Spring, just how squeamish and unreliable the West can be about their administrations.

Public opinion and Western leaders have repeatedly backed the democratic uprisings, Islamist warts and all. But Putin and the Russians have shown no such squeamishness. They have stood by their ally Assad in Syria, and now are backing a similar kind of administration in Libya. President Abdel Fattah al-Sisi in Egypt must be watching closely.