Talks in Vigyan Bhavans, Committee for whom? Those who hoisted a flag atop Red Fort? 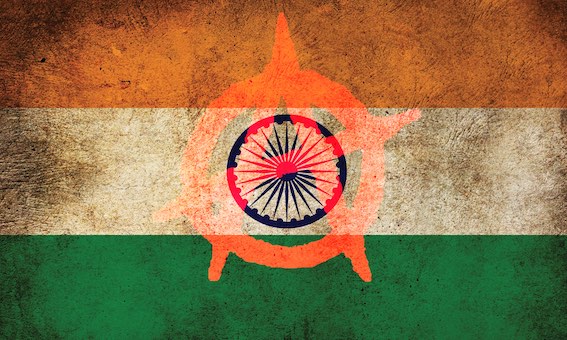 Do you see the joke that is on you, citizens?

The farmers, politicians, press, judiciary and the government lobbing the ball in each other’s court for they know we idiots won’t hold anyone responsible for Indian tricolour disrespected on Red Fort, no less, on Republic Day.

Farmers leaders are saying some miscreants hijacked their “peaceful” tractors’ rally. But then where were you? Did the farmers you were representing stuck to the routes? And if they were hijackers, you couldn’t spot them carrying rods, lathis and swords? That entry to the Capital was to begin at 12 noon and not at 8 am? You had given a solemn assurance to no less than Supreme Court. All you Yogendra Yadavs and Prashant Bhushans. You had signed an agreement with Delhi Police. So either you were not representing farmers. Or you had already decided to renege on your word.

Politicians. Your Rahul Gandhis. Arvind Kejriwals. Amarinder Singhs. Mamata Banerjee and Uddhav Thackerays. “Yes we condemn violence but it’s Centre which allowed things to get ugly. I mean those poor chaps are sitting in bitter winter on roads. How long do you thing the patience would hold?” These good-for-nothing-souls are feasting on our impotence but its we who invite such contempt for us.

Press. Our Rajdeep Sardesais. Sagarika Ghoses. Barkha Dutts. The vile portals are understandable. But how about your mainstream press? NDTV pouts “largely peaceful protests.” Indian Express is another extreme. It gives a screaming headline: “How volunteers at Ghazipur lost the plot.” Volunteers? And who gave access to these volunteers? Whitewashing a slur on Indian republic. Treating its billion-plus citizens as idiots that we are. Who are you trying to save? And who’s paying you to sxxt on us?

The judiciary. You made a committee. They didn’t listen. The advocate generals and solicitor generals asked you to stop the tractors’ rally. You said it’s police’s call. Could you have given that call to police yourself? You intervened in the first place because you thought things could out of hand on Republic Day. But then you dithered.

The government. Let’s say they were afraid to swing the baton all these days. That they knew they were in a perception battle. Whosoever blinked first, lost the game. So now farmers have blinked. All that MSPs and APMCs nobody gives a damn. Now let’s see if your iron hand is still under a velvet. That you would still allow the farmers to squat on roads, on our Singhus and Tikris, and block the passage for ordinary citizens. If you don’t swing the baton now, don’t make these fake farmers run back to their ratholes, you are inviting a thousand “tractors” rally in future. Or Shaheen Baghs. You are abusing the mandate you got to protect its citizens and safeguard India’s sovereignty.

Look at the spiralling cost. Policemen appear lambs to slaughter. Images of folded hands, pleading for life to these anarchists. They are the face of law to public. Now they are on the run. What’s a State without fear of its power to punish? How do you think our neighbour enemies are salivating at the prospect of a crumbling India? How do we sound in vowing to be a world power? What do we make of the marches and rallies that Khalistanis are holding in London and New York?

So my question to you, citizens, is: What could you do?

If the Centre doesn’t act now, it would surrender a billion people to these anarchists who are backed to the hilt by politicians and press and their feeders abroad. The State would be in a siege. And what if the majority turns against you? Who unconditionally support you? The year 2024 then would appear too far. We won’t trust our lives with you.

I hope there are no further talks in Vigyan Bhavan. And that the SC-appointed committee is disbanded. After all, who are you talking to? Those who hoisted a flag atop Red Fort?