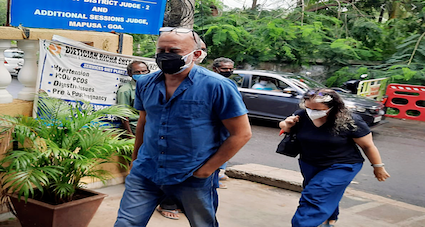 Tarun Tejpal, veteran editor and author, is a free man after a Goa court absolved him of rape charges that many once felt was improbable, his intellectual swagger and unabashed literary ambitions all but over.

The chief minister of Goa said his government will appeal against the ruling. Goa CM Pramod Sawant told the writer the state government will challenge the judgement in the High Court. “Goa will stand with the victim, we will not let this go unchallenged.” (Indeed, the Goa government has moved Bombay High Court against the acquittal).

The inevitable social media reactions that followed the ruling were divided. One section asked: how could a once celebrated editor get scot-free despite confessing to the crime. The other wondered: was Tejpal fixed and why?

Gender rights activists in India made public discussions on the Tejpal case. As the case dragged, India would witness the much popular MeToo movement that generated discussions about sexual harassment within work place, especially in the media and entertainment industry.

Relief to Tejpal was met with anger on social media as activists took to Facebook and Twitter to vent their ire on the judgement which they said was a travesty of justice. “I am amazed and shocked at the judgement because Tarun Tejpal had admitted to the crime, and apologised. So there must be compelling evidence to override his statement. I have not read the judgement but would like to see for myself why the judge acquitted Tejpal,” activist and author Namita Bhandare told the author.

All India Progressive Women’s Association Secretary Kavita Krishnan said she was distressed to see what happened in the Tejpal case. “I am yet to see the judgement and do not know what gymnastics they have done to acquit him,” Krishnan said in an interview. She said she was surprised to hear the judgement because Tejpal himself wrote several apologies to the victim.

The victim’s lawyer was not immediately available but a top official of the Goa prosecution team told me that the judgement came as a shock because the prosecution team was confident Tejpal will be sentenced for a crime he openly confessed many times. “We need to read the judgement and see where we went wrong because we had prepared a watertight case and had even filed a third charge sheet. We were supremely confident,” the official said on conditions of anonymity.

On paper, Tejpal is a free man because of the judgement.

“I actually have nothing to say. I am a relieved person, very relieved. This judgement means a lot to me, actually my family, my two daughters and all those who were with me all these years,” Tejpal told me in a brief interview.

He said more than anything else, the fact that his family was traumatised was something that bothered him no end. “The judgement is a relief for them, they are at peace.”

The news brought stark, visible relief to his family members. “We were disbelieved and hounded by many. Justice has been done, it’s been eight long years,” Neena Tejpal, Tarun’s sister, said. “Our lives had been shattered. This (judgement) is hope for us,” she added.

Delhi-based lawyer Ankur Chawla, who represented Tejpal along with Rajeev Gomes of Goa, said Tejpal’s biggest anxiety during the years of legal proceedings that were repeatedly delayed by the prosecution was to do with the crucial CCTV footage in the case. There were a total of 48 hours of footage of the closed-circuit television (CCTV) recordings that revealed what exactly happened in the Grand Hyatt hotel on November 7 and 8, 2013, and was part of the key evidence the court examined, along with over 70 witnesses.

Contrary to public perception and claims, Tejpal never admitted to rape and maintained that whatever happened or didn’t happen was consensual, Chawla added, adding that he even apologised for any perceived injury despite maintaining his own version of events at every stage. “He was very worried when the prosecution was delaying handing over the CCTV footage to his lawyers.”

Chawla said the turning point of the case was when Tejpal finally got a copy of the CCTV footage from the hotel with great difficulty, via no less than the Supreme Court, who directed the Goa police to hand over a copy of the footage to him. The footage constitutes crucial evidence because it is free of human subjectivity and interference.  “The case turned completely against her (the victim) from the day the footage was played before the judge,” added Chawla.

Twists in the case

There have been many strange twists in the case.

Earlier this year, the Goa Police filed a supplementary charge sheet—the third in the long-running legal proceedings—seven years after the incident, on January 6, 2021. The new charges produced evidence from a Blackberry phone of what the police claimed was an apology Tejpal offered after the alleged incident that ostensibly took place in the lift of the Grand Hyatt hotel, the venue of a three-day event organised by Tehelka in November 2013.

Special judge Kshyama Joshi of the District and Sessions court in Mapusa in North Goa threw out all charges against Tejpal. Goa Police had filed charges running into more than 3,000 pages. The then Goa chief minister Manohar Parrikar personally held press conferences on the matter. The trial was held in-camera. Tejpal had denied all accusations and pleaded not guilty.

Tejpal was arrested at the end of November 2013 and spent seven months in jail, until the Supreme Court granted him bail in mid-2014. He has been contesting the allegations since then.

Critics had then accused Tehelka of double standards because of the magazine’s frequent cover stories on gender inequality and women’s rights Women’s groups and members of Akhil Bharatiya Vidyarthi Parishad, the youth wing of the Bharatiya Janata Party (BJP), held street protests against Tejpal.

In the initial days of the public storm and media barrage, Tejpal had acknowledged “a lapse of judgement” and “a misreading of the situation” which had “led to an unfortunate incident that rails against all we believe in and fight for”. When the allegations became a legal case, Tejpal issued a statement saying he had not written the apology in question and urged the authorities to examine the CCTV footage so the accurate version of events stands clearly revealed.

Tejpal had no idea what the CCTV footage held at that time, his lawyer said. Tejpal merely knew it could not show him having done anything wrong because he knew the facts of what had happened.

The offices of Tehelka, once considered one of India’s most influential investigative magazines and known for its hard-nosed, left-liberal journalism, have been taken over by a spa-cum-matchmaking agency. The magazine is now owned by a Kolkata-based media outlet. It was once part-owned by the Chandigarh-based Alchemist group, owned by former Trinamool Congress Rajya Sabha MP KD Singh.

Tejpal, the son of an army man father and graduate of Punjab University, had launched Tehelka in 2000. Tehelka specialised in sting operations to unearth corruption in public life. Its 2001 scoop, Operation West End, highlighted corruption in the Indian defence sector and caught on camera Bangaru Laxman, president of the then ruling BJP accepting bribes. It virtually brought the government to its knees. The Guardian called him “India’s most feted journalist”. Hong Kong-based Asiaweek (now defunct) lauded him as one of Asia’s most powerful communicators. Businessweek named him among 50 leaders at the forefront of change in Asia

While continuing the trial process in recent years, Tejpal returned to the headlines after his novel, The Story Of My Assassins was adapted into Amazon Prime Video’s wildly successful Patal Lok.

(The author was the business editor at Tehelka for almost two years. He had left the magazine when the incident happened at Goa in November 2013.)

This is a reprint from MoneyControl)

Around the time when India is saddled with its worst power crisis, political cognoscenti are looking around for Vinod Rai, once chairman of Comptroller...

Do today’s editors do journalism? Or you can’t survive in newsrooms of our times

An Indian rice has taken Bangladesh by storm: Even the fake one!