The Maoist attack is the last kick of the dying dog: New India is different 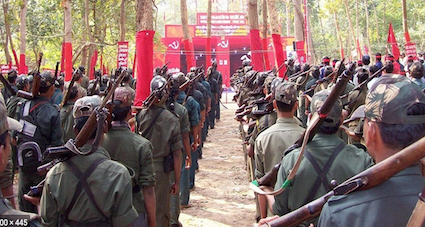 Much as it has saddened the countrymen and much as our thoughts are with the killed brave soldiers, the Left-wing extremists in the name of Communist Party of India (Maoists) are gasping for life and this latest could be the final kick of the dying dog.

Sure the vast Bastar region of 40,000 sq km in Chattsigarh is the epicentre of these mercenaries and no less than its 25,000 sq km is seriously mined but it hasn’t stopped shrinking in the last decade. From a high of 2009 when 2, 258 violent incidents occurred, the figure had dropped to 665 attacks in the next decade. If 1,005 civilians and soldiers had died in the first decade of the millennium, the next has seen only 183 casualties.

This movement has morphed into various contours and several profiles but essentially its goal remains the overthrow of Indian government and hence it’s important to encapsulate it for readers here.

With the advent of Communists in Europe at the beginning of the 20th century, its first reverberation in India was felt in the Telangana peasant revolt when India was at the doorstep of freedom in 1946. But the movement that shook the core of India was in 1967 when peasants, landless labours, adivasis raided the granaries of a landlord in Naxalbari village in West Bengal and hence began the Naxalite movement. China swooned at this outbreak, called it “Spring Thunder”, but it lost its steam in a matter of few years.

Most notable was the spread in Andhra Pradesh in early 1980s. A People’s War Group (PWG) came into being. Landlords, upper-caste leaders, politicians faced bombings and assassinations. In due course though, Andhra Pradesh police brought PWG to its knees.

On September 21, 2004, Communist Party of India (Marxist-Leninist), Maoist Communist Centre of India (MCCI), People’s War (People’s War Group) and 40 other armed factions merged. It was now Communist Party of India (Maoist). The movement acquired the trapping of a corporation. They largely took control of Central India, made the mountainous Dandakaranya their playing field and began casting a spell in Madhya Pradesh, Jharkhand, Chattisgarh, Odisha and part of Maharashtra.

In due course, it became so lethal that the insurgency in NorthEast or Jammu and Kashmir paled in comparison. At their peak, they controlled 200 districts in the country. It made the then prime minister Manmohan Singh call it “the single biggest internal-security challenge ever faced by our country.”

Funding played a big role in its spread. It’s easy to point finger at China and their aligned enemies of India. But a fair deal of money also came from extortion, kidnapping and mining mafia etc. By some estimate, in the first decade of the 21st century, CPI-M’s finances had ballooned to Rs 1,500 crores. Its armed wing, People’s Liberation Guerrilla Army (Does the name ring a bell?), mushroomed some 10,000 hardcore fighters: automatic weapons, shoulder rocker launchers, light machine guns, mortars, AK-47s, grenades etc armed them to the teeth. Indeed, reports suggest that it had its own factories for rocket-launchers. The administrative and military infrastructure was breathtaking in scope. Then the Dantewada massacre happened in Chattisgarh which killed 76 soldiers in April 2010.

India’s response was hard. Centre coordinated with States, the latter having a control on its law and order situation, and the issue was dealt in twin measures: One, roads, schools, hospitals etc began being built and the disenchantment of Adivasis (tribals) against the CPI-M began to grow. It also helped Central forces to penetrate deeper into the impenetrable forests of the region. Two, the Stick of Force was applied to complement the Carrot of Development.

It helped that in Chattisgarh, Raman Singh of BJP was at helm in place of Congress’ Ajit Jogi who had flirted with the Maoists for electoral gains. Under Raman, the counter-insurgency moves acquired a deadly dimension. They even floated their own vigilante group (Salwa Judum) which sowed dissensions in the CPI-M ranks.

Some of the game-changing measures deserve mention: An anti-insurgency training school was opened in the midst of Bastar itself. A Surrender and Rehabilitation policy was put in place. The Chattisgarh Special Public Securities Act expanded the ambit of unlawful activities. KPS Gill, former Punjab Police chief, was made adviser against counter-insurgency. A Battalion, amongst the adivasis itself, was created.

The socio-economic welfare measures were impressive too: Several key road projects were completed. Food security for poor kicked into effect.

This latest tragedy is a setback to these measures but not for long. The CPI-Maoist terror mastermind Madvi Hidma has acquired a legend’s halo But the Government would strike back. It would show its best hand soon. The ideology has run its course; there is a greater civil awareness on “Urban Naxals” who paint a picture of deprivation and state repression of tribals and Lutyens Media is always there to shed tears in bucket. But with knowledge has come urgency and it would tell on CPI (Maoist) soon.