The promise of 10-lakh jobs: When there are multiples of this number outside Bihar 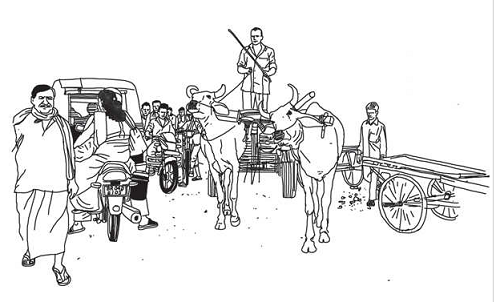 Bihar is the State in New India that welcomed many of my extended family after 1947, and that is a debt some of the elders in our family made us promise we would never forget, as most of us made our way out of Bihar by the ’60s for various reasons. One particular Uncle, now departed, used to recall how he had made his way from Jhung-Meghiana now in Pakistan to Amritsar, then to Delhi, left his family there with distant relatives, and set off towards Calcutta to seek a job.

Not that they were unwelcome in North India, but he recalls how his journey from Delhi towards Calcutta, without ticket and without money, was made easier by the many Bihari people he met on the train and even more so when the train entered Bihar. By the time his train reached Gaya, he was convinced that Bihar would be a better bet, and on a whim and a fancy he disembarked at Dhanbad.

The progress his family and he, and then others from his extended family made, because of that decision to disembark at the then mining town of Dhanbad, is a story for another day. The part that we as small children would love to hear was about how the fires from below the ground all around the town were like markers in the night – and by winter of 1947, a means to stay out of the cold in huts made dangerously close to the open pits.

I myself grew up from 1962 through 1967 in the Railway town of Jamalpur (image above), not too far away from Munger (then called Monghyr), which is in the news today for all the wrong reasons. I recall Munger and Jamalpur as affluent towns, blessed with ample natural resources, a huge railway factory and an equally large tobacco factory. It was and still is a fact that unlike many other parts of Bihar, there is a reasonably good opportunity to earn a livelihood in and around this part, and that is saying something.

Monghyr was considered to be one of the best places for post-Partition Punjabis to settle down in, in the early days, incidentally. And was technologically way ahead of many parts of India in the ’60s. It had a small airstrip halfway between Jamalpur and Monghyr, the paddle-wheel steamers crossing the Ganga were connected to railway lines at both ends obviating the need to go all the way to Barauni to cross the river, and well before many other small towns in India managed it – had a dial-up telephone system.

Education had also reached this part of Bihar well before the Anga Dynasty, and local iron-mongery (the word “mongery” itself, derived from the name of the town, was famous the world over as early as the 16th Century, if not earlier and Bhagalpur nearby had so much export / import business that it had a Custom House in the British days. Incidentally, this was the situation in Bihar till the ’60s, pretty much everywhere. As an industrial powerhouse and much more.

So what went wrong with Bihar?

So what went wrong after that, in the last 50 years, bringing matters to a point where unemployment is the main topic for elections in Bihar? I write and speak as somebody who repeatedly returns to Bihar, to meet up with old friends and to try to fulfil some of the promises made.

·         Communications, whether bridges across the Ganga, or airports in Bihar. Today, with people from Bihar working all over the country and world, there is only Patna Airport, with Darbhanga about to re-start after decades as a civil enclave in a military airbase and Gaya aimed mostly at the Buddhist trail. And as for bridges – the foundation stone for the bridge across the Ganga was laid in 1962, completed only in recent years.

·         Freight and thus cost equalisation policy for coal, which in turn did not do wonders for industry, and requires a deeper understanding now that Jharkhand is separate from Bihar. All said and done, with coal costing the same in Bihar as in other States, the competitive edge went away.

·         A strange resistance to encouraging free enterprise by a feudal system that spanned all communities which is way beyond simple caste equations now and best explained by the experience of Shrenuj Diamonds in Bihar. I could write a book on this, from small shops selling samosas and upwards, but this would not be a fair and new story.

Bihar as a State has everything going for it in terms of people and vitality. 10 lakh jobs would be a drop in an ocean – there are multiples of this 10-lakh number working outside Bihar. Within Bihar is the core question for which this election appears to try to provide an answer.

If I had a choice, I would like to think that more airports with better international and more importantly air-cargo facilities would be a primary step, as well as direct linkages for unitised cargoes to efficient seaports on both coasts. On high-value agri-produce, Bihar is already ahead of the curve, it is the movement out of Bihar which the success of the Kisan Specials by train has shown is possible.

The next item on the list would be a huge increase in primary education in the regional languages and dialects as well as English, for all, poorest upwards. Online teaching has opened up previously unconsidered opportunities but it has to start bottom up. With Bihar becoming an even more frontline border State, the demand for educated and capable plus competent people will rise again, and not just for those who have already picked up Mandarin thanks to dealing with Chinese tourists on the Buddhist Trail.

And finally – a huge opportunity for people from Bihar to work abroad would open up if the diaspora abroad could reach out to their country cousins in a more efficient manner – instead of having to float everything through the maze of Delhi and Patna.

As I have always told people – the best way to appreciate Bihar is to totally avoid Patna. And on that cryptic note, I plan my next vacation to India’s largest food processing facility in, where else, Bihar. I wish nothing but the best of luck to Bihar, the State that provided opportunity to my family, after the Partition.