The tale of a son-in-law who is on run: A life best told in whispers 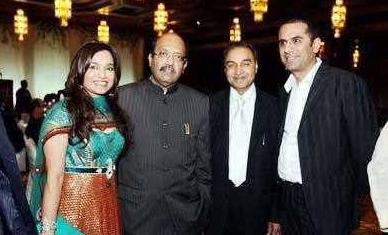 Delhi has been a city of ambitious princeling, son-in-laws and even more ambitious queen mothers and daughters for centuries now. Behind every opium sniffing nawab or random title would often be a shrewd and calculating begum sahiba or lady such-and-such, not averse in a long line of pliable honeypots to notch up the family fortunes. Clubbing, wining, dancing and dalliances with any worthy White in the hope of an even whiter offspring.

One such son-in-law, having graduated from simple land-deals, food and now to oxygen generating machines, is in news these days.

Those of us who have worked on ships are aware of how difficult it is to “make” oxygen for industrial or medical usage, and the rigours involved with storing, transporting and dispensing it. Part of the problem in India this time around is the way any and every cylinder is now considered fit for storage and transportation of oxygen. So here’s a number – oxygen cylinders on ships have to be capable of safe storage at 240 bar pressure. Think about that for a few minutes and then ask around – at what pressure are cylinders being refilled in India with “oxygen” and what happens to “oxygen” stored at low pressures?

So this son-in-law, let us call him “Delhi Son-in-Law No.2” because the top spot of “Delhi Son-in-Law No. 1” currently goes to Bob-the-Builder+Farmer Dus Number Wale, has much in common with other Delhi Son-in-Laws such as a fascination for fast and expensive motor-cycles, society cycling for Page-3, and marriage to Ladies who Lunch as well as quaff. And usually have fantastic bodies.

And like many other Delhi Son-in-Laws after 1947, their back story usually begins with a very hard-working GrandPa and humble starts, in this case with a tokri full of spectacle frames sold literally door-to-door, and then an even more hard-working father who converts part of the refugee allotted house into an opticians – which incidentally was amongst the first to provide low-cost contact lens options to struggling refugees whose daughters had to get married in an era when eyesight was important, and when the monopoly was held by a Hanuman Road family.

What started off as GrandPa and Sons opticians and should have become GrandPa and Grandsons and Grand-Nephews in due course of time but then got embroiled in all sorts of HUF (Hindu Undivided Family) and similar games. From which emerged victorious our Son-in-Law No. 2 who had by then mastered the ancient game of land-deals as an art-form by, unsurprisingly enough, initially seeing his family go through the receiving end of it. The famous case of the largest open-air restaurant in all of Delhi being grabbed during the Emergency by the Prince non-Charming of that era is part of Son-in-Law No. 2’s family history.

Question – In a country where the best of hotels are standing on kabzaa lands, what are the aspirations we are setting for the youngsters who go there to spend their money, think about it.

Today, and for years now, word is out – if you are a willing seller of any property in or around the famous costliest markets in and around South Delhi, there is only one buyer. Our Delhi Son-in-Law No.2, who has now re-invented himself as a man with great entrepreneurial skills and much improved PR and media management. Sometimes if you are part of a family in dispute, then Delhi Son-in-Law No. 2 arrives on the horizon with his decades of experience.

(Back story – the scions of one of India’s largest pharmaceutical firms, currently going through an assortment of in-law and outlaw and all sorts of other law issues including a big religious Guru, were pushed into utilising the services of ambulance-chasers close to Delhi Son-in-Law No.2. We are talking of huge listed companies here.)

So why would Delhi Son-in-Law No. 2 get involved in something as small as a few crores worth of oxygen generators, and then lay himself open to entrapment, especially when childhood buddies from families from the same market that he sprung out of were gunning for him? We are Punjabi refugees. some things can not be explained but I shall try. It’s actually quite simple. The direction of the wind in Delhi has changed. Again. and it’s not just a COVID +ve bearing ill-wind.

In changing times, those who do not recognise the Bazaar-ki-Hawa, are destined to suffocate in the new environment. The real big money bags of Delhi’s old family died a year or so ago. The parents-in-law are seeing their buffalo and carabeef empire crumbling – though they appear to have their dummy directors ready. The Prince-in-Waiting of buffalo meat and an assortment of Centres who thought he was on the Fast Trax has turned out to be a limp and dud squib. And if cricket gambling goes legal, online, like the stock exchange with discount brokerages and plenty of room to make decent profits for all as well as revenue for the Government, then best of luck.

Not to forget, certainly, that the opium-in-meat or vice-versa bijnus is also now very much over. But that’s for another set of setting sons, not son-in-laws, who are seeing their empires built on dope go into the official export route.

Disclaimer: The opinions expressed within this article are the personal opinions of the author. The facts and opinions appearing in the article do not reflect the views of NewsBred and NEwsBred does not assume any responsibility or liability for the same.