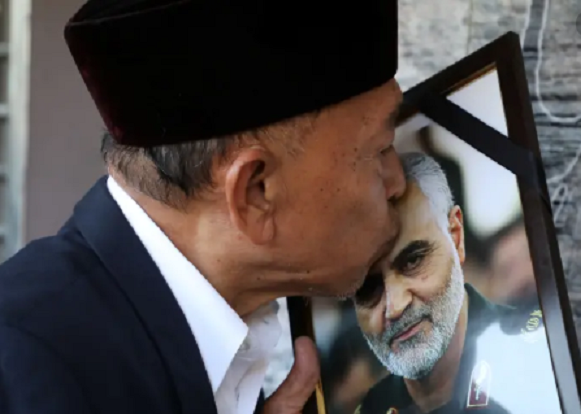 India is scrambling to put its sky safe after the United States breached the sovereignty of its own “friend” Iraq in carrying out an illegal drone attack which killed, among others, Iran’s top military commander General Qassem Soleimani early this fortnight.

New Delhi already has a regulatory policy in place for the unmanned aerial vehicles (UAV) and their remote pilots who require prior permission to be on Indian skies but it’s no safeguard if a foe (Pakistan) or a perceived friend (the United States) comes hissing from the above and starts raining mayhem.

India had begun to put its drone policy in place after Pakistan was caught out dropping a cache of arms in Punjab last September but it’s the United States, with its brazen disregard for international norms, as well as its murderous drone background, which has had a chilling effect in India’s strategic boardrooms.

General Soleimani’s was a cold-blooded assassination but the United States makes no distinction between its enemies and friends, or civilians, as its drone attacks in seven countries—Syria, Iraq, Somalia, Libya, Afghanistan, Pakistan and Yemen—bear the imprint of its rogue streak. It has a cooperative security relationship in place with Iraq yet it breached what was termed as “outrageous breach of Iraqi sovereignty” by the Iraqi prime minister Adel Abdul Mahdi in the wake of General Soleimani killing.

US and its’ sordid drone history

In September last, a US drone strike in Afghanistan snuffed the life out of 30 civilian farm-workers and estimates of similar innocent deaths hover around 1000-2000 in numbers. The exact count is difficult to verify since the United States no longer releases the annual reports on the civilians its airstrikes kill. The allocation on drones in its annual budget though had spiralled to nearly $7 billion in 2018 and conveys the increasing importance of this unmanned weapon in the United States’ aggressive military designs.

Now, in the wake of General Soleimani’s kiiling, India’s army has asked the home ministry for the latest drone-disabling technology which could cut radio frequency and disable GPS. The future of warfare, if its’ already not upon us, would’ve drones mutating into swarms like one of bees or locusts and shooting them down would be near impossible. These swarms could swamp enemy sensors with their sheer numbers. Neutralizing them digitally makes better common sense.

India is thus taking no prisoners as it has decided to expedite a “National Counter Rogue Drone Guidelines” which works out the measures to protect its leaders and vital installations from drone attacks. It had deployed drones to monitor the protests on its streets last month. Drone-strategy is part of Indian military’s ambitious plans to spend $250 billion until 2025 to keep itself battle-primed.

Much before the drone-induced heightened tensions of present times, Indian Air Force had shown no interest in buying drones from the United States. It had found the offer on 10 armed Predator or Avenger drones too prohibitive in costs last August. Besides, the low speed of these drones would’ve been of no use, say in the surgical strikes in Balakot which India carried out last year. It’s slow movement would’ve afforded enough time to the enemy to launch counter measures. Indian navy though is in line to buy a few 10 Sea Guardian drones from the United States for maritime surveillance in near future.

Pakistan, meanwhile, continues to be India’s palpable concern. Once winter gives way to summer and snow thaws in Kashmir, India is wary of Pakistan finding new ways to foment trouble in the Kashmir Valley.  There are intelligence inputs of terrorists readying themselves from across the border post-winter.  Pakistan-based terrorists have made air-space violations through drones in the past. There could be fresh attempts to air-drop funds, drugs and arms for their embedded sleeper-cells in the country. India, simply, can’t afford to take its eyes off either its friends or enemies.