Trump furious at FB, Twitter for taking down story on ‘corrupt’ Joe Biden and son 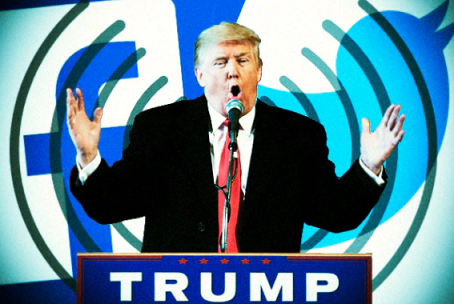 The United States President Donald Trump slammed the “terrible” censorship of Facebook and Twitter, who decided to limit the hyperlinks to a New York Post published article critical of Democratic presidential candidate Joe Biden and his son.

The article reflected the corrupt dealings of Joe Biden and his son, Hunter Biden, in Ukraine. In a story headlined “Smoking-gun email reveals how Hunter Biden introduced businessman to VP dad,” the New York Post reported that it had obtained a computer deserted by hunter Biden that implicated his father in his Ukraine enterprise affairs.

The NY Post said the computer was left by Hunter Biden at a repair shop in 2019 and the shop owner told the newspaper that after the computer seemed to have been forgotten, he copied the hard drive.

The shop owner passed the hard drive copy to Trump’s personal lawyer, Rudy Giuliani, who further passed it to the newspaper.

“So terrible that Facebook and Twitter took down the story of “Smoking Gun” emails related to Sleepy Joe Biden and his son, Hunter…It is only the beginning for them. There is nothing worse than a corrupt politician.”

Trump’s campaign team has issued a statement saying that Joe Biden lied to the American people about his son’s illegal dealings.

However, the Biden campaign has denied the accusations and said article links were limited because there were questions over its veracity.

Twitter and Facebook have also cleared their stance.  While the Facebook spokesperson Andy Stone said “This is part of our standard process to reduce the spread of misinformation,” Twitter mentioned that it was limiting the article’s dissemination due to questions about “the origins of the materials” included in the article.