Two moves which could send chill down the spine of anti-CAA forces: Loving it! 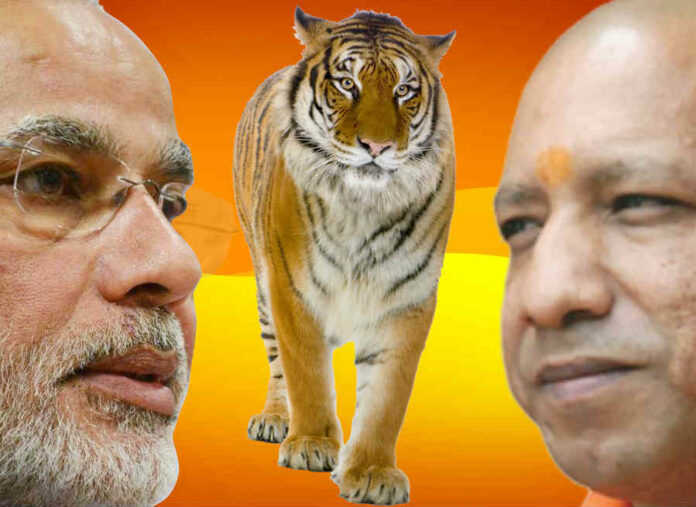 The rule of law has taken two extraordinary steps this week which should send a chill down the spine of forces hell-bent on breaking up India on religious lines.

The first one concerns media which clearly works on partisan political lines, if not to the smell of funds which they could be receiving from Indian and foreign sources. The other involves the alleged anti-CAA violence perpetrators in Uttar Pradesh who have been hung out to dry in public by the state government.

The Information and Broadcasting ministry banned two Malayalam channels for 48 hours, beginning 5.30 p.m on Friday (The ban was subsequently lifted this morning following appeals by the two channels).  The two channels are Media One and Asianet News. Media One is owned by a company which is backed by Jamaat-e-Islami. Asianet News is indirectly owned by BJP Rajya Sabha MP Rajeev Chandrashekhar.  (So please cut out the notion that the Centre is discriminating on partisan lines).

The I & B Ministry’s charge against Media One read: “The anchor/correspondent saying that it seems the vandals and police are hands in glove (on Delhi violence)…and the government’s cold-shouldered approach towards anti-CAA protesters is the main reason behind ongoing protests in the national capital.”

On Asianet News, the Ministry cited similar instances of anchor/correspondent claiming “Centre gave silent consent for the violence”; and that the “violence turned communal after a group of Hindu people chanted Jai Shri Ram.”

Centre had to return to its trenches against NDTV for a similar ban in 2016 on fake news after the Channel knocked the doors of Supreme Court. The present move seems to convey Centre’s intent to check unbridled “press freedom.” A few newspapers too, with their glaring bias and prejudice, promote ill-will and communal hatred. They too deserve be booked.

The second instance, which concerns the CAA protestors and the UP government, is sensational. The Yogi Adityanath government has put up big banners at four prominent junctions of Lucknow, the Capital, which puts the faces, names and addresses of 28 arsonists booked for anti-CAA violence last December. These people have claimed it puts them and their families at risk.  And that the charges against them haven’t been proved. The UP government says it’s not a conviction rather a recovery notice made public.

I have a feeling it’s the start of Big Brother striking back. The gloves could be off. Media had crossed the threshold where it could hide behind the garb of “freedom of press.” The “mob-street” strategy of political, colonial and Islamist forces could now be paid in the same coin. You wanted to take the battle in your hand; avoid the Courts? Go ahead. Governemnt would meet you with the guerilla tactics of its own. Tomorrow, when you don’t want to show your papers—“Kaagaz nahin dekhaenge”—your mobile networks could go out of coverage area. Your bank accounts could be suspended. You would then remember Indian courts–and find your “kaagaz”–for good reasons.

Who knows, judiciary in this country could be carrying grouse of its own. This “mafia” all too often drags them in the mud. One day, the Chief Justice of India is embarrassed on sexual harassment charge. Other day, an innocuous praise of PM Modi makes a judge an object of hatred amongst Liberal media. At other times, social activists say they find judiciary redundant. Impeachment moves are made against the Chief Justice of India. When judiciary offers mediation to Shaheen Bagh protestors, the latter evinces no interest. Its plea not to occupy public places falls on deaf ears. No wonder, the judiciary is now taking its own sweet time on anti-CAA petitions. It has said it would settle Sabrimala protest first and then worry about CAA. Meanwhile, the government would roll its own National Population Register (NPR) process next month.

So Left-Liberals, dub him the way you prefer. Take steroids of Islamist forces such as Iran and Turkey. Inject the poison of United Nations Human Rights Council or European Union. The man doesn’t give a fig. A billion behind him don’t give a fig either.