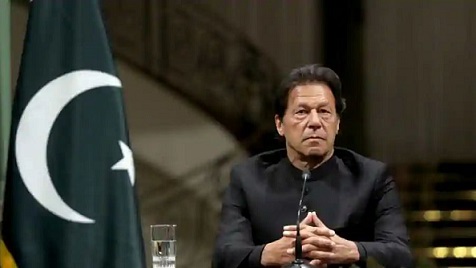 The UN Watch group, a Geneva-based NGO that is responsible for monitoring the performance of the United Nations, has roasted Pakistan’s prime minister Imran Khan, stating his “blasphemy in the garb of freedom of expression is intolerable”; further, Pakistan’s  “presence on the UN Human Rights Council is intolerable”

While Pakistan attacked France for standing against radical Islamic terrorism, the UN Watch NGO took to Twitter and slammed Pakistan saying their presence is not tolerable.

Pakistan was re-elected to the UN Human Rights Council in October securing 169 votes. Referring to the re-election,Hillel Neuer an international human rights lawyer and executive director of UN Watch called it a black day for human rights and said, “Today is a black day for human rights–UN`s newest world judges on human rights include: Pakistan–persecutes Christians, Hindus, Ahmadis. China – herded one million Uyghurs into camps. Russia – poisons dissidents. Cuba – a police state. The inmates are running the asylum.”