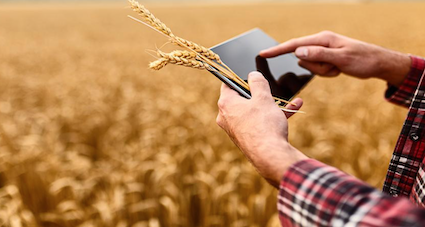 The one big change in India since 2014 is the huge reduction in the number of “agents” or “consultants” needed for all sorts of interaction with banks, government offices, tax authorities, etc. That is a big category of people upset with this Government.

Simple as that and also the result of any root cause analysis on the subject of why so many groups are behaving the way they are, and not just from farm to fork.

Take the case of new automobile sales, for example, and the recent changes in the way things are done now. First off the bat was Mercedes Benz (Daimler India) with their “Retail of the Future” or direct sales to customers model. Buying a car was now as simple as buying an airline ticket, both online, with minimal fuss. To pick up the car, you went to the dealer, to board the flight, you went to the airport, that’s about it.

Next, at the other end of the spectrum, is Ola Electric. After years of changing how Indians used taxi-cabs and auto-rickshaws, they entered the market with electric battery scooters, on a direct to customer model. At a lakh or so per vehicle, the price is similar to high-end mobile phones or refrigerators, the only difference is that the scooter needs to be registered.

No issues there, the Ministry of Road, Transport and Highways has been working with online services for citizens of India for some time now, and while efficiency levels vary by State, it does work. I have myself performed online driving licence renewals and car registration transfers in the last year or so, succesfully.

The way FADA (Federation of Automobile Dealers Associations) is responding to this inevitable change is similar to how the agri-produce brokers also responded. In the bargain, what the customer or citizen wants, is forgotten and put aside, and the special interest groups take over. This reflects itself in different ways for different groups of people impacted by efficiency.

What we are seeing in India is a huge churn. People who have been making huge profits out of non-productive work for centuries are now scrambling to save themselves and their levels of inefficiencies. This reflects itself as frustration followed by turmoil.  And that in turn leads to unrest for unrelated reasons.

In India, these unrelated reasons are often linked to language and religion, since it is easiest to provoke people on those lines. Meanwhile, other new emerging groups of productive people go about their work quietly, with more efficiency.

Just one example – at one time a few decades ago, we had to bow and cringe in front of bank tellers to deposit our money or to get our own cash in our hands. Right now, as I type this, there are ATMs and CDMs across the road blinking at me, literally inviting me and others – at millions of locations all over India. Should we go back to human tellers in banks?

The examples are many. The unrest is disturbing. The beneficiaries are the silent majority. The trouble-makers are the few who would like to promote inefficiency.