We know about its founder Hume: Whose salt Congress is loyal to, now? 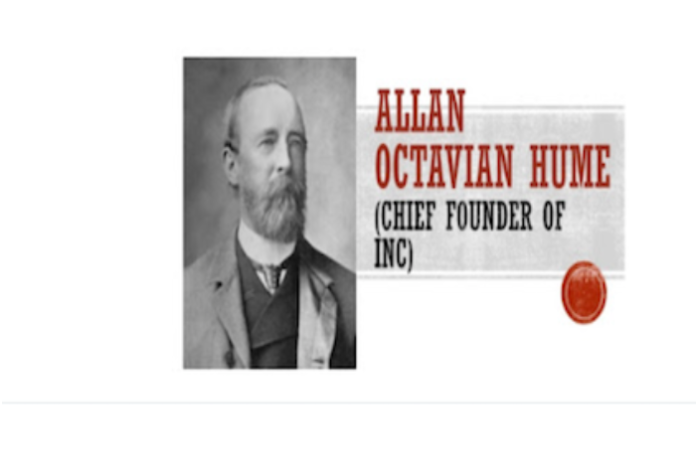 About 5 years ago, I wrote an article for TOI, about India’s maritime resurgence with special emphasis on the East Coast. In one part, I mentioned more in passing – ““”There are few public agencies in which the classic pre-conditions for institutional corruption are so conveniently presented as in a Customs administration.” (J.W. Shaver, former Secretary General of the World Customs Organization). How did we, in free and independent India, then, get blessed with a department that is perceived to be so unhelpful towards economic growth of India?

One reason could be the simple fact that its perception of “national interest” is skewed by its history in pre-Independence India, when it was simply a tool for collecting taxes to send back to the colonial powers that be.

The history of Customs in India from around 1870 included a North-South “Indlan Customs Line”, also known as the “Great Hedge of India” or the “Indian Salt Hedge”. This line, originally built in Bengal to prevent the “smuggling” of salt without paying tax to the British, gradually moved in a roughly North-Westerly direction to segregate India into two parts – Sind + Gujarat + Bombay + Mysore + Travancore + Madras on one side and Bengal + Central Provinces + Oudh + United Provinces + Punjab on the other.

While salt was supposed to be taxed at point of manufacture, the “Indian Customs Line” was supposed to prevent and catch “illegal” salt moving upcountry, for which “Preventive Customs Houses” were set up. Those Customs Houses were responsible for not just stopping the movement of salt without paying taxes but also for levying fines and penalties, and this brought about the first documented cases of corruption in Customs in India. Thus was also born the domestic arm of Customs, then and now known as “Excise”, which terminologies from that era exist till today.”

A few days ago, BBC wrote on the same subject in some more detail, spelling out the role of the chowkidars who were tasked to prevent the movement of salt.

“The hedge was divided into 110 “beats”, each extending 10 to 30 miles (16-48km) and presided over by a patrol, watched from 1,727 guard posts.” and “Moxham pieced together from records how the Customs Line needed 10 men guarding it in shifts for every mile, how these men had to “sweep” their section of the line when they took over duties, which they did by trailing bamboo or a large branch over the sandy floors.”

But this article is not just about the violent and pornographic way in which the Colonial Powers destroyed civilisations and cultures globally by messing with their food chain. This is more about the great British Civil Servant who dreamt up and executed this salt hedge plan to finish India. Allen Octavius Hume.

“Much of the development of the hedge has been credited to one man. In 1867, when the British Civil Servant and botanist Allen Octavian Hume was appointed Commissioner of Customs, he took control over the Customs Line, pouring considerable resources and his own horticultural know-how into making the hedge an effective barrier against smuggling.”

What else did Allen Octavian Hume do in context with India?

He founded the Indian National Congress, at about the same time that he was also strengthening the Great Indian Salt Hedge, and from there it follows – what was the reward for co-operation? The term “namak halal” arose from this experience. Most certainly, the Congress Party was a “namak halal” party, no denying that fact. Munshi Premchand in his “Namak ka Darogo” alludes to this.

But is the Indian National Congress still a “namak halal” political party, and whose namak is it loyal to, that is the question!

(NewsBred adds: A few state-based associations, like Poona Sarvajanik Sabha, Madras Mahajan Sabha, Bombay Association etc were troubling the British. This led to formation of the Indian National Congress in 1885—who else but by Hume—lest the smouldering dissatisfaction amongst native people got out of hand. Hume suggested his fear to Viceroy Lord Dufferin. Congress was formed as a safety-valve lest the pressure bursts the vessel. The Indian National Congress never stressed for self-government in its early days. It was to observe the educated Indians and manipulate the countrymen in case Britishers sensed the imminent upheaval by the masses. After all 1857 was still fresh in the mind of colonial masters as was the tumultuous events in the United States Civil War, 1861-1865.)

Honour is a very oriental socio-cultural concept, that the Europeans and their historians have always found difficult to accept and understand, going back to...