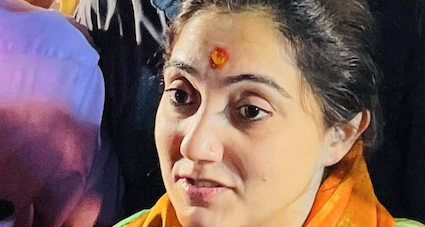 Is there a list of things that I should apologise in advance for, in India, if and when I want to stand up peacefully for my beliefs?

Not really so easily visible in Delhi because we are a megapolis spoilt for choices due to multiple reasons, not the least of them being a centralised procurement system for everything, which tends to leak back into the mainstream – but as you exit Delhi by road or train, in any direction, the sheer number and visibility of local brands of almost everything can simply not be missed. Goods or services.

Is the Justice Delivery System a Service?

Open question, so let’s move on.

Barring monopoly goods like industrial goods, large motor-vehicles, cigarettes, and dairy products emerging from the NDDB/Amul group of co-ops, I can not think of anything else in India especially from the consumer goods profile which has over the last few years not moved into a huge manufacture and consume within a radius of a few hundred kilometres type of reality.

Of course, the Justice Delivery System remains a monopoly!

Take one of our most popular low-cost biscuits, for example – they are manufactured by what appear to be sub-contractors or joint-ventures at 24 locations in India. Rajasthan, Madhya Pradesh, Maharashtra, Haryana, Chhattisgarh, Karnataka, Uttar Pradesh, Daman, Telegana, Punjab and Gujarat. Yup, India’s popular biscuit, the one with the baby’s face on the packaging.

That biscuit used to be almost like a monopoly.

Till a few decades they were manufactured only in Mumbai and then transported all over the country. Just trying to imagine what the costs of transportation would be if this was still the case today would be an exercise in futility. Why futile? Because it would just not make sense. The brand is still based in Mumbai; the manufacturers elsewhere, closer to the consumers.

So, should Justice remain a monopoly or does it bear some amount of de-centralisation, and should it be in the same location as the Lawmakers?

Coincidentally, you observe that they don’t sub-contract or manufacture in the North-Eastern States as well as their presence in the Eastern States is low or absent – for different reasons? One of which is simply this – there is huge local production of bakery items in these States, and that is what people buy and eat, it seems.

Did it make sense for my late father to opt for a New India because he believed in standing up for the Gods of his Fathers?

Or is only one stripe of persons entitled to stand up for the Gods of their Fathers in India, with nodding GodFathers, in India?

Should biscuits be made only in one location?