What if Virat Kohli stays in Australia and bails Indian cricket out of a terrible mess? 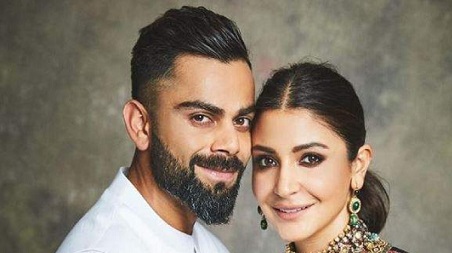 I spent my life in cricket but don’t write on it any longer. A quarter century on field, that is in press box around the world, was good enough. I just wanted to move on, evolve as a person in other aspects of life and society. Twice, I have made an exception, and both have been on account of Virat Kohli.

The first one was in his defence when Ramachandra Guha, whose stuff on cricket is far more passable than on history, had believed that India was losing out due to Kohli’s arrogance. At the dawn of 2018 India was 0-2 down in South Africa and Guha had pulled out his dagger which was begging for blood since his good friend Anil Kumble had ceased being coach of the Indian team. It was an aim, below the belt, and I felt it wasn’t cricket.

The second one is now when India has suffered a mortal blow to its reputation in Adelaide. Only last night I had marvelled at India’s fightback and was preparing the roster of my hours for the next fortnight, freeing my mornings for cricket.  Now I might as well give-up on cricket for the next month.

This could be true for millions of Indian fans. India don’t stand a chance without Kohli the batsman. It has brittle openers and non-existent tail. Admirable as Cheteshwar Pujara and Ajikyna Rahane are, they lack the appeal and impact of Indian captain. India would not only lose series, they would do so badly, and it could even cast a long shadow when England knocks our door in early 2021.

Should Kohli revisit his plans to be with Anushka in India for their first baby? Brett Lee had adviced, much before this Sorry Saturday, that Kohli should plan the baby-delivery in Australia itself. Sure, the Australian isn’t aware that such moments in India involve more than just the couple. Marriages in India are not just individual choices. It’s a social contract and much bigger than vows on the altar.

But let’s see if this happens, and how it happens. The biggest mover of course would be Anushka herself. All this wailing to save Indian cricket would amount to nothing without the approval of mother-to-be.  I remember how Sachin Tendulkar in New Zealand and Sourav Ganguly in South Africa, heard the news of the birth of their daughters on tours. Cricket legend Sunil Gavaskar could see his Rohan after two-and-a- half month tour of the Caribbean in 1976. Mahendra Singh Dhoni was incommunicado and his wife Sakshi had to inform Suresh Raina of the birth of their daughter Ziva during the 2015 World Cup on these very shores.

There wasn’t such micro-management of approaching bliss in the family. But then gender-equality and patriarchy were not such buzzwords either.  The examples of families in West—where husbands change nappies and clean dishes—hadn’t quite caught on in Indian context. (Contract marriages, thankfully, still seem a bit far).

Sure, there is this attendant issue of Anushka being put in a quarantine in Australia if she was to come over Down Under. But Virat could delay his departure: The baby is due in January so a change at least for the Melbourne Test (December 26-30) could be ventured.

I know it’s getting a bit silly on my part but when thoughts are applied, solutions occur. If Kohli leaves after Melbourne for home, at least a Test could be salvaged. If the risk taken extends by another fortnight, the whole tour could be salvaged. It would gnaw the couple if delivery indeed takes place after January 21.

If Kohli leaves for home, it’s a fair guess his heart would carry the burden of putting self before country. He is passionate on his cricket, on Indian cricket, and we all know how he continued his overnight innings when his father had died in wee hours of December 19 (yes, to this day, his death anniversary) exactly 14 years ago. Delhi needed to be saved from follow on against Karnataka and Kohli came out in whites and pads and helmet to bail out his team.

Kohli was then 18, he is now 32. His blood brothers, his teammates, would be in a deep turbulent sea without his moorings. It’s a bigger occasion and bigger choice between call of duty and self. Who knows his decision reversal could actually fire his team and make them play out of their skins? It would have a country of a billion and a half, figuratively, construct a bigger pedestal for their biggest present cricketing hero.

Sure, the younger lots don’t think the way we did in our times. Pleadings could be bouncers wasted. And wishes are not meant to be horses. But what the heck…