What Indian employers don’t see in their people: An issue which is bigger than labour laws 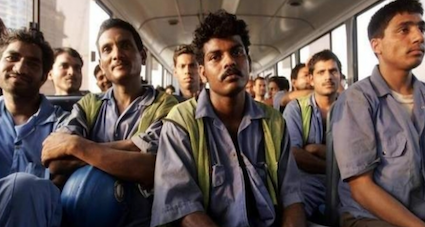 It is not labour laws in India that are the issue. It is employer attitudes. And history teaches us that post-pandemic presents an opportunity to improve matters for employees and employers. However, whether this will happen when master-slave is still the inherited ethos, is the question. Who will ask the questions or document the realities?

“May you always be able to see the stars, constellations and galaxies, especially on the darkest nights that nature bestows on those of us with eyes wide open with curiosity.” Written on an American Hydrographic Office star-finder, presented to me decades ago, by an American senior on a ship that operated mostly in the extremely cold North Pacific wastelands. One thing about working with Americans (and Australians, Canadians, New Zealanders) was that it taught me not just to question everything, but also working towards finding solutions, and then documenting them.

A few weeks ago I met the scion of one of India’s technically sound manufacturing companies, now in its 3rd generation. In the way it was in Delhi of the ’70s, I was acquainted with the 2nd generation, who had, like me, emerged from solid zero-restart middle-class refugee stock – and had seen them grow from a single small shed to factories across India and now global. Sure, they also have a strong infotech segment and presence, but they are really strong in making and then moving actual “things”.

Which means that they have a huge mix of formal and informal workers, transporters, sub-contractors – and at any given moment multi-millions or more worth of goods out in transit.

How do you guys handle all this, I asked this young man, who it was very visible, had his feet firmly planted on the ground.

What emerged was fascinating – considering how they are an extremely media shy organisation. Here is what emerged – briefly:-

1) We ensure that all our transporters are absolutely street legal, and prefer full-body factory built metal trucks or containers loaded on flat-beds.

2) Insurance is critical, it spells the difference between black and red on the balance-sheet, so we handle that ourselves. The Grandparent reads the fine print even today.

3) Our formal regular workers are paid their salaries in the middle of the month. If they want an advance, upto 3 months is at the discretion on shop-floor level.

4) Our informal workers, sub-contractors, and transporters are asked to pay 80% due wages to their workers weekly. Reconciliation at month end.

5) Trucks and containers, mixed loads balancing weight cargo with volume cargo, for optimal benefit to all. Short or long run.

The core point here is that the worker’s wages and salaries are not used by them to enable and strengthen their cash-flow. I see this increasingly in Peninsular and North-East India. The worker’s and sub-contractors dues are sacred and not mixed up with other cash-flow. I do not see this in the legacy sea-ports and Gangetic Belt.

This approach towards workers wages is something I had seen not just in the newly Independent ex-colonies, but also in Japan. Weekly wages. Time spent in one of the largest engineering companies there, taking delivery of a ship, I had also learnt how the month’s budgetary cost system actually took wages, salaries and mid to long term liabilities out of the company’s books at the beginning of the month and placed them in a separate holding escrow account.

There is no shortage of good workers, including drivers, in India. There is a huge mismatch in India in the way employers approach the biggest reason why people work – money.

AAP is pushing dual citizenship in Goa: As always follow the money

The Aam Aadmi Party seems to be walking a tightrope in Goa, which goes to polls in February 2022) on matters pertaining to Citizenship...

We know about its founder Hume: Whose salt Congress is loyal to, now?