What made Kejriwal term Navneet Kalra as one of the ‘Makers of Delhi’? 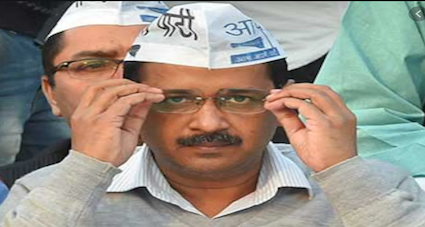 Indian Express never fails to disappoint me. I didn’t expect any mention of Navneet Kalra on front page and it isn’t there. Even the story inside doesn’t mention the name in the headline behind whom many a teams of Delhi Police are presently in manhunt. Times of India is no different. Indeed, I even didn’t find any follow up on this alleged biggest scandal of pandemic in India: hoarding and black-marketing of oxygen and oxygen concentrators in the Capital.

To me, it’s a deathblow to credibility of Lutyens Media. If there is one moment which shows their complicity, it is this one. The man is missing, his mobile is switched off, there is speculation that the man might have escaped abroad with his family but Lutyens Media is buys covering up.

It’s also now well-known that Delhi chief minister Arvind Kejriwal termed Navneet Kalra as one of the handful of “Makers of Delhi.” What it is about Kalra which has Kejriwal swooning? Donations, charity, philanthropy, looking after orphans or abandoned children? There is no curiosity from any quarters in Lutyens Media what made Kalra the “Maker of Delhi” in Kejriwal’s eyes. Perhaps they know what it is and don’t want readers to know.

In any case, Kalra and Kejriwal are two characters around whom a storm is building on alleged nefarious actions during this ravaging times. Oxygen concentrators are being allegedly black-marketed and oxygen audit is being resisted by the AAP government is a corollary raising suspicion. If nothing, it needs be pursued by Lutyens Media. But they seem to be in funeral, doing their darnest best this unraveling would go away.

There is a twitter thread by Shehzad Poonawalla in which some damning facts are presented in public but again, Lutyens Media, alas, has its head in the sand. For instance, Shehzad quotes the instance when on April 14, Kejriwal went public to say that Delhi has enough oxygen. Only two days later, he made a complete flip and said there is EMERGENCY of oxygen in the Capital!

“Delhi is not facing any shortage of Oxygen. We are good on oxygen” -This is what CM Kejriwal said around 14th/15th April and then 2 days later he did a U turn saying OXYGEN HAS BECOME AN EMERGENCY IN DEL – he tweeted this on 18th April

Now this emergency is further diagnosed by Shehzad. He tweets that on April 20, Mumbai needed a mere 245 MT oxygen for his 84,000+ cases. Delhi, on the other hand, had 89,000 active cases on May 3 and it was demanding 976MT—almost four times of Mumbai. Even at this stage, Delhi was getting almost twice (433MT) oxygen than Mumbai.

Shehzad flushes out a statement from Arvind Kejriwal in 2020 that there would be home delivery of oxygen. Whatever happened to that promise?

Or that Delhi would have 30,000 new hospital beds? No new hospital was built between April 1, 2015 and March 31 2019. No ventilator was procured between July, 2020-April, 2021. “Delhi High Court also couldn’t fathom how Arvind Kejriwal set up only 1 out of 8 oxygen plants for which Modi govt sanctioned funds through PM CARES in December 2020,” tweets Shehzad.

Shehzad doesn’t stop here. He claims Delhi began looking for tankers only from mid-April (whatever happened to tankers Kejriwal was importing from Thailand?). Delhi had no daily hospital-wise allocation plan for oxygen until few days ago (Inox Air brought this to notice of Delhi High Court). One hospital of the Capital—Jaipur Golden Hospital—is on record in Delhi High Court that the Delhi government has created a mess.

One of AAP’s cabinet minister Imran Hussain has been summoned for allegedly hoarding 630 oxygen cylinders at his home: Even as Kejriwal is blaming the Centre for shortage! No follow-up again by the Lutyens Media.

Shehzad claims that oxygen audit in Covid-19 hospitals in Pune is saving 30 tonnes of oxygen a day: While Delhi resisted the audit till a few hours back before Delhi High Court forced its hand.

The criminal negligence is well-reflected in one painful tweet by Shehzad. He says the Kejriwal government spent Rs 511 crores in past five years: While an Oxygen plant costs only RS 50 lakhs for a 240-bed hospital, needing 550 LPM of oxygen. In this amount, some 900 oxygen plants could have been set up in Delhi.

It’s a shocking report card of Kejriwal and his government in Delhi. Shehzad has backed his claims with irrefutable facts. Hundreds of lives have been lost; hundreds more are hanging by the thread but legitimate questions to Kejriwal government are not being asked. Even when evidence of his flip-flops, his negligence, his criminal usage of tax-payers’ money, and darkening clouds of black-marketing have been encircling the Delhi government.

India doesn’t need such media. They can’t have free pass. Readers or the authorities must make them pay for their sins of omissions and—naturally—commission.