What one knows of Jhatka who has had Halal all his life? 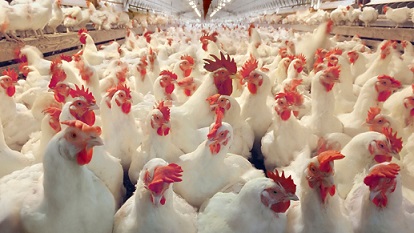 2020 was for me the year when the meat business in India really took centre-stage in terms of how a Halal Certified meat monopoly was steadily chipped away towards a more stable freedom of choice scenario. This a subject I have followed globally for decades now in as dispassionate a manner as possible. My data-points include –

a) Research on the religious aspects of painful Ritual Halal vs humane Single Slice;

b) Research on the quality of product (meat) and the economics therein.

e) Halal in other products & services.

Much of what I have to say is already here in these columns but based on feedback, an FAQ is called for.

1) Is this Halal vs Jhatka? Nope, this is about Halal and Jhatka co-existing, and the freedom of choice to opt for either or none. Availability is a huge component of freedom of choice. If Jhatka meat is not available, then the main question is simple -where is the Freedom of Choice?;

2) What about beef? Beef as is understood globally comes from steers (male bovines reared specifically for meat). Beef is not derived from milch bovines. There are many States in India where cattle farming and slaughter for beef is legitimate. The origin of the beef ban has more to do with theft of milch cows and calves. The price of legit beef would be the costliest in India, as it is globally, when compared with poultry, pork, mutton but because it is often from sources linked to theft, becomes the cheapest, and that is the big reason why beef ban is a State subject under Law & Order. I have never understood why people who wish to eat beef do not take the business of formal livestock farming for legit beef further – maybe because it is cheaper to steal cattle;

3) Is there a gender issue between Halal & Jhatka? A big issue with this is also the gender of the animal – in Jhatka, the animal slaughtered is a male animal. Halal has no such restrictions. Consumers need freedom of choice of gender of animal eaten also;

5) What about pork? Pork is only Jhatka. It is often safe to assume that an outlet which sells or serves pork will be able to provide other Jhatka meats also, but do ask;

6) Why are outlets not providing information in advance on what kind of meat they serve? That is up to customers to ask, or legislation to provide – like 100% Vegetarian, Jhatka, Halal and similar;

7) Is this a religious issue? No, this is about freedom of choice and also about humane slaughter-it is also about economic safety of a country through food;

8) What about Halal Certification for exports? While importing countries have the Right to demand Halal certification under WTO, it is the exporting countries that have the Right to abide by their Humane Slaughter Laws. Both have to co-exist and from many countries, the Ritual part of Halal meat is done after stunning the animal and with a slight nick as well as a prayer, after which it moves into Single Slice Humane slaughter;

10) Does Halal and Jhatka impact other products also? Jhatka does not impact anything other than meat. Halal impacts everything we consume from farm to fork;

11) What is the solution? The solution is simple – legislation that provides Freedom of Choice of both Halal and Jhatka at all steps and more awareness on this subject.

A survivor of two brain-strokes, triggered by a ship explosion in the 70s, Veeresh moved beyond fear decades ago