What’s the fuss if ‘Congress toolkit’ is forgotten very next minute? 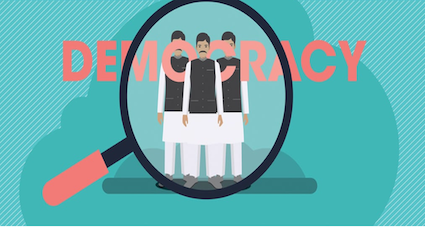 I hope we are able to establish if “Congress toolkit” is fake or genuine. So far, the content and pattern fits like a glove. Close associates of Rahul Gandhi have been using “Modi Strain” in their tweets; Kumbh has been smeared endlessly while protesting farmers are virus-immune. India has been run-down by Indian journalists in foreign media outlets. PM CARES Fund and Central Vista in any case is target-practice for Congress.

Still I hope the authenticity of “toolkit” is established one way or the other. Often such information disappear as soon as they come in public domain. We haven’t heard of whatever came out of Supreme Court-appointed panel looking into farm laws. We don’t know what made poll officers give all-clear to Rahul Gandhi on his nationality. We don’t know the MoU which Congress had signed with the Chinese Communist Party. We had been once promised documents from Subhas Chandra Bose’ archives. Everyday media faithfully reports the promises Arvind Kejriwal has made to the citizens of Capital. There never comes a day though when such promises are weighed in the light of its mostly non-execution.

A wisehead of a friend called up to say what difference would it make one way or the other. If Congress complicity is proved, Lutyens Media would’ve two-inch for it on Page 14. Social Media would be in turmoil for nine hours. Western media won’t bat an eyelid. It would’ve been different, yes, if the toolkit had emerged from BJP’s quarters.

If BJP is shown to have forged the letter, the Congress’ FIR in Connaught Place police station is a giveaway: It’s a complaint against a few you could count on one hand. So individuals would fight the case, the party would present a visage with all the gravity at its command, and little else.

What charges could be pressed against Congress or BJP? Little. “Congress toolkit” is by its research wing, and “not the official line of Congress party” a footnote says in the document. BJP, as I said, isn’t charged in the FIR. Only a few individuals are. The Courts would attend it once they are given a breather by Navneet Kalras and Mamata Banerjees.

The truth is politicians don’t waste a breath on which we send our blood pressure soaring. When have a false claim hurt them? Power or no power, they are safe. Scam or smuggling, how does it hurt. Lutyens Media could lie till we all are drowned but who puts them in a spot? The same faces, the same statements, the same mud-slinging in social media, the same pristine ideals, the same “dare-you” to cameras, life goes on as it had yesterday, last month, last year, last decade.

It’s a misnomer that people are king in Democracy. Like herd they are driven to a poll booth every election and then suffer the same fate. They come to rallies, gaping mouth at starlets on manch, the one excitement in otherwise a drab life, a faceless in a Front Page picture in tomorrow’s newspaper and little else.

Sill I hope Indians come to know the origins of this “toolkit.” Some of the theories propounded by right-wingers, nationalist if you must, could be conclusively shown to have emerged from the horse’s mouth.

If true, Congress could be shown to be pandering to minorities and hurting the majority, secularism my foot.

If true, it would prove that journals and journalists, both India and foreign, are in lockstep and possibly share the same boardroom and toilets.

If true, it would show that Congress has been busy branding the “Indian variant” when even the WHO is aghast at this mention.

And that if the likes of Pat Cummins withdrew his donation from PM CARES Fund, the Congress’s eco-system might have been persuasive enough on social media.

All this directly hurts India. It confirms some of our leaders have no concern for India or Indians. Those on whom we place trust to save our lives and protect our borders only are warriors for brownie points. They are busy helping embassies and journalists in a pandemic and not nobodies. That Covid-19, instead of being a terrifying reality, is a godsend for them to topple a government of people’s choice. Politics, and not People, is their credo.

How do you see such democracy work for you or me in near future? When government dithers, judiciary fudges, Media lies from both sides of mouth and States turn rogues behind the shield of federalism? Who saves us?

Sages say that a democracy could only function if the middle class is in a majority. Middle class if anything has shrunk by 32 million since the outbreak. It would shrink further without any control on ballooning population. We have states who are winning elections without any infrastructure or industry added for livelihoods. Keeping them poor on doles and freebies gets them what they want.

Meanwhile, you could’ve your timepass on Congress toolkit.