What was India doing when Kashmir was burning? 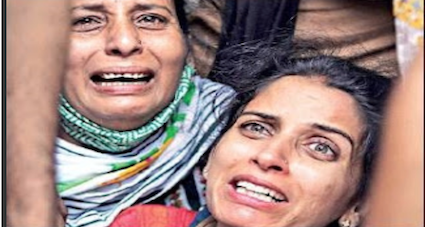 To start with, this was well before the age of the internet, and within India, also well before the age of computers for all. The earliest home connections to the internet through VSNL started in 1995/96, and the process was not easy, I recall that I had to take a student connection in the name of our son. In terms of cost, the running costs for bandwidth and phone dial-up were about half my income in those days – but it was worth it for the early exposure it gave our family.

Next, IPKF (Indian Peace Keeping Force) in Sri Lanka kept many segments of India’s Armed Forces very very busy, officially from July 1987 to March 1990, but in actual fact for years prior and after. Please recall, India first trained the very people it subsequently had to fight against, and that was a diplomatic minefield in addition to a very confusing period in history for the Armed Forces.

Then, there were 4 Governments in that era, which depended heavily on outside support. Whether they had majority “in the House” or not. “Outside” in this case can mean anything, by the way, foreign, other political parties, an assortment of Lootyen’s punters and most of all, the huge variety of fixers – especially religious – representing an assortment of foreign Intel Agencies. 50,000 rupees as a gift was a big sum of money in those days for people who thought their shelf life as Mortals of Prominence (MP) was less than a few months.

And then, in that era, we had so many Governments at the Centre, each better – or worse – than the next.

Rajiv Gandhi – November 1984 onwards, novice at 40, Shah Bano, Zia ul Haq inter-actions, Seychelles coup, Punjab issues, Bofors, HDW scandal, Quattrochi, the emergence of The Angry Wife, funding by the Russians, money in Switzerland and finally, the departure of V.P. Singh. By 1989, with the Mandal Commission and Vikrant holidays, it was all over.

V.P. Singh – December 1989 onwards. Pull and push. With Mufti Mohammad Sayeed (Destroyer) as Home Minister and Inder Gujral (Builder), there was simply no chance for any Preserver. By the time the next Government came to power, the die had been cast in Kashmir, with all sorts of other distractions like low on foreign exchange, internal issues, and the external Iraq episode.

Chandra Shekhar – November 1990 onwards, for all of 6-7 months, with outside support from the Congress. Pretty much everybody did what they wanted in these months, and watching from an inside track in Delhi, this was truly the lowest point of mis-governance I had ever seen till then, in India. If Kashmir went downhill past the Banihal Pass, this was the fastest, with brakes missing. Off to Bhondsi!

P.V. Narasimha Rao -June 1991 to May 1996, this was when the concept of Family Rule took strength in India, with the Angry Wife became Mummy staying in the shadows but nobody in doubt. The Bambinos were still young, so Home was with Shankarao Chavan and External Affairs was handed over to Dinesh Singh, innuendos and all. With the departure of Sharad Pawar in 1993, the Defence Ministry also went to Rao.

If there was ever an era in India when mis-rule was operated by blackmail, this was the era, with hints of fiduciary scandals breaking as frequently as rains in the monsoons. There were probably zero leaders who did not have some skeletons somewhere, and remember, apart from the monetary stuff, this was an era when sexual blackmail basis honey-traps including for deviations on account of gender were not taken lightly.

Sexual blackmail within the Indian history of governance is probably no longer an issue, it seems that disposing off inconvenient trophy spouses or simply leaving them in the villages, or parking them abroad, or even exchanging spouses for taxation and Citizenship purposes,as the case may be, is perfectly acceptable. Nobody blinks any more if a Mortal of Prominence has any form of sexual peccadillo. But those were different days.

So if Prime Ministers were driving to South Delhi to meet their friends and tarrying overnight, then it was enough to put the screws on them, even if they were technically single. Unlike now, when the country appears to be run by bull-dozer operators, those days it was Human Intelligence which kept things in control, and Delhi was full of come.

Recall the son of the famous leader whose sexual gymnastics leaked out into the media, thereby ending his political aspirations, to the huge benefit of his sister? Suchlike and more dominated the whispers in Lootyen’s Delhi, and these in turn influenced everything across all pillars of democracy – and meanwhile “let loose the dogs of war” was apt to describe what was happening in Kashmir. Leaders riding with Bollywood actresses on the back of their motorcycles were symbols of great progress. Golf came into its own around this time.

Even in internal security areas. The Sahib Log played gold while the grunts toiled in the snow.

“Never mind which country the people we are fighting come from, often we do not even know which language they are talking to each other in”, is what a  cousin of mine who had been in the thick of things in Delhi as well as Kashmir in those days, through Captain to Colonel, told me. Before he put his papers in, simply because, as he put it, “I didn’t know the sense in how to capture anyone alive, when some obese people from Delhi would come and release them the next day.”

Kashmir Files should have been a long running television serial. For no other reason than to keep the memory of many such episodes alive.