Where was Jadeja when India was plugging those worthless overs to Flying Kiwis? 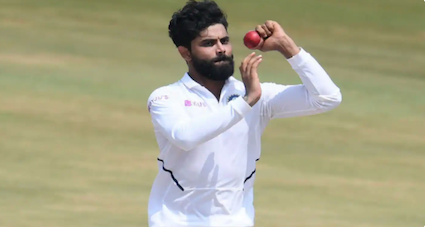 I was happy when India made 217. It was like 450 on a Faislabad track. Rose Bowl doesn’t look a pitch where many would score a hundred. You are as much at home here as you would be on the chair facing your persecutors. Or boyfriend of your daughter dropping in any odd hour. Or you in front of mirror which can’t photoshop your frame.

Yet this score looks partly. Not that India went with any bowler less. They had five, two of them spinners, in green, overhead conditions, against an opponent which fielded none, which delighted all of us on the sidelines. Such swagger from world-beaters. Such self-belief. Such repose in your flock. Unlike a lot of careers in Indian cricket that would’ve adorned our walls than be deleted from memory vaults.

Ravichandran Ashwin and Ravindra Jadeja have only to look at their immediate seniors Harbhajan Singh and Anil Kumble who rarely played together overseas. The two had over a 1,000 Test wickets. They were no muggers with the bat too. Yet one or the other had to make way for an extra batsman, an extra seamer never mind if he was a Johnson, a Kulkarni, a Ganesh or a Harvinder Singh. (Can’t bring in all Yohannans and Siddiquis here). Captains had to bear the cross of being biased when one or the other choice was made.

Yet, here both Ashwin and Jadeja were in the mix. Prudent too as I sensed the first day’s track to be a bit double-paced. New Zealand batters, anyway, prefer pace to spin. They haven’t had much trial by England in the two preceding Tests, and with fielders crouching near the bats—with all those ah, ohs, wahs clattering in the ear holes—an early trial was in order. This is the surprise element with which our Mansur Ali Khan Pataudis had turned into a legend. After all, it is all about creating doubts in a batsman’s mind, isn’t it.

Yet, guess what. Jadeja is brought into the attack in the 43rd of all 49 overs bowled. New Zealand read 94 for one. Stumps just about to be pulled out of its sockets for the day. The Kiwis were in control. India looked doomed for a deficit of 75-100 runs on the first innings which would ensure Kiwis would lay hands on the inaugural Test championship trophy, never mind alone or shared.

Cricket writers know a lot less than those on the field. More so when only five in the history of the game have captained in more Tests than Virat Kohli. Did Jadeja have a niggle? Or a wicket looked imminent from India’s other four bowlers? Was the outfield wet—which lets admit isn’t as much an issue with a finger spinner than with a wrist one.

If none of these were an issue, Jadeja as an after-thought defies logic.

You play a spinner, knowing the conditions and don’t deem him even as a fifth option while rivals are running away with the game. In hours which would shape the game decisively.

You sacrifice an extra batsman for him and then let him languish in the square or beyond.

If you were waiting for footmarks to be dented on the pitch, you didn’t need him in the first place.

The truth is, India needed early wickets. And it meant you needed to bring all your guns out from the ordnance shop. You needed to get the Devon Conway guy out of his shirt. The man who was taking guard with a double century and a near century from two previous games. The man who would prefer pace to spin. If nothing, just to make him rethink which Ashwin and Jadeja are crafty enough to detect and work upon.

Early wickets, more so of a Conway, a returning Kane Williamson who doesn’t have any record worth his worthy name in England and the cat would’ve been among the pigeons. Who knows we might have seen a nightwatchman or two coming in in the fading light. At least that ought to have been Indians’ way of assessing the game.

Now, what do you do when you return to the field next morning? You surely can’t attack as much as you might have if the score was 102 for 4. A slip less here. An extra fielder in the deep. A short-leg less here. A sweeper extra there.

All of this of course might not have happened. All of what I am wary about might still not come about. But one thing we know of these Flying Kiwis is that they are masters at seizing the ground, inch-by-inch. They won’t let go this position easily even if they have to bat the full day to secure those extra 100 runs in the front. They have a degree in deflating rivals who have the patience of a firebrand. They have been allowed to set pieces on the board. Now you move as they want you to move. A rat disappearing inside a python long enough for you to take a perfect shot.

For me, Jadeja is still the man for India in this match. We have missed Mohammad Siraj who alone among our worthy pacers could swing and not rely as much on hitting the deck. If the wicket is double-paced, Jadeja  would be priceless. He also has that Midas touch which the world today is wary about. You didn’t bring him this far, this early in playing eleven, to put him in wraps.

Wake up to him.