While Morons would keep India down, you rejoice what happens in Rann of Kutch next Tuesday 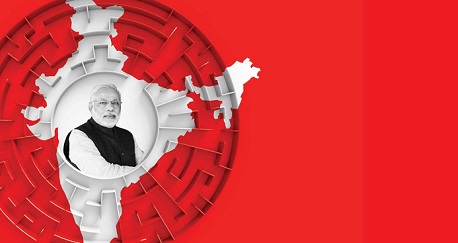 In a few days from now, the world’s largest renewable energy complex combining solar and wind, shall be launched at the North-West corner of India. Not very often visited by almost all Indians unless they have reason of the BSF, Armed Forces or Archaeology sort.

(We as seafarers are privy to another view of this area from the seaward site, and it has always fascinated us, especially as it marks a start or end of Indian waters.)

In terms of global recognition, the renewable power plants coming up in this otherwise unvisited region are going to reduce India’s dependence on coal and fossil fuels of all sorts by shiploads per day. At 24,800 MW capacity, stretching across the Indo-Pak border in Kutch, this is multiples larger than anything else in the world. US typically cap their renewable power plants at 1000/1500 MWs, and the Chinese/Australians at 5000/7500.

Typical consumption for a 1000 MW coal fired electrical plant would be about 9000 MT of coal per day. Do the maths and figure out how many large bulkers will not be calling Gujarat ports in the near future. And all that, visible all across the border, as well as to the world. Right next to and also below some of the busiest trade-lanes in the world, shipping and aviation.

The border between Gujarat/India and Sindh/Pakistan is economically and militarily as important as the border in Punjab and further North. It just happens to be lesser inhabited especially on the Indian side. On the Sindh/Pakistan side, it is inhabited almost to the border, and that is one big difference. Reasons for this are many but suffice it to say that the wind farms and towers coming up on the Indian side providing unlimited and non-stop electricity shall be visible to millions of people in Pakistan as a symbol of what modern and New India is really all about. That India is already a draw is well-known and accepted.

The North-West seaward approaches to India, which start from the disputed Sir Creek area, lie slightly off the regular passage plan from the Gulf of Kutch or any port in India towards the Straits of Hormuz and Persian Gulf. However, there are strong seasonal currents along the coast, which vary from monsoon to non-monsoon, that can be taken advantage of at different times of the year. In addition, if you have a fellow seafarer on board from the same area–Mandvi, Jakhau, Naliya, Bhuj and thereabout–then they are very happy to see their home waters as well as point out facts that most people are not aware of.

At sea, territorial limits are crossed without much fuss or ado, because merchant ships have got what is known as “rights of innocent passage“. There is, however, much sentiment attached to entering or leaving “home” waters which is difficult to explain because the water itself does not change. Nor are there any symbols of borders like tables, chairs, guns, barbed wire, towers, armed people and the rest of it. There is also the sheer joy of going too close to land and coastal borders where you are bound to be challenged and sometimes there is also the added joy of being asked to do so purposely to test the other side. We are not armed, we are not fishing, we are just passing through.

In this time of doom and gloom reportage, with the mainstream media machinery out to beat us Indians in India down at the smallest opportunity, out there in the Rann of Kutch something wonderful is happening undisturbed by morons who would keep India down. Worth the visit if you can swing it. There are some technicalities involved, and documentation, so do read up on the how.