Who is this Khalistani who claims to speak for Sikhs but is silent when girls are raped in Pakistan? 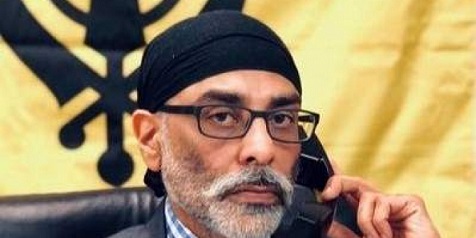 Anyone who knows something about the Sikh community will tell you that 99% of them are proud of their community and country. The sacrifices made by the community for the independence and defence of their country have always been the greatest source of their pride, just as the martyrdom of the ninth Guru, Guru Tegh Bahadur has been. Then, who all are those creating noises about a separate Sikh country called Khalistan represent? Who is behind the revival of these noises who raises its ugly head every then and now?

There are 2 specific answers to that.

One, there are some opportunist politicians who raise this issue whenever elections in Punjab are near for their own benefit then, second, there is terrorist organizations such as Pakistan’s ISI have their covert operations alive & kicking by funding “apolitical” fronts such as Sikhs for Justice (SFJ), which is in cahoots with IAMC (Indian-American Muslim Council), etc. to demand “justice” for minorities (specifically, for events that transpired in 1984).

Ironically, the people who want this Khalistan noise, do not have the interests of the community at heart.

The most important icon of the Khalistani separatist movement was Jarnail Singh Bhindranwale, who twisted the Sikh faith and committed the vilest act of sacrilege in the holiest of shrines to Sikhism, the Golden Temple. No Sikh in history has ever defiled the Golden Temple. He propagated the separateness of Sikhism rather than Guru Nanak’s oneness of religions. But the blame cannot be attributed to Bhindranwale alone. Leaders of Congress elevated the stature of a not-so-influential Bhindranwale to be a major Sikh leader, who eventually had to be killed after he took up arms against India’s sovereignty.

You cannot convince any Sikh why his reasonable countrymen would oppose the description of the 1984 massacre of Sikhs as genocide. And that it was engineered by those loyal to Congress at the assassination of Indira Gandhi.

The answers lie in the Justice for Sikhs movement which has been taken over by ISI in Pakistan as it suits their agenda of dividing India by creating an internal rift among people. ISI is driving the Khalistan separatist movement. This forms the major reason why these Khalistani groups, who demand to establish a “pure-state” never speak against the brutalities faced by Sikhs in Pakistan. None of the Khalistan supporters stood up when Sikh girls were raped and forcefully converted into Muslims at gunpoint. Do these organizations imply that such Sikhs who don’t speak even for the people of their community would become more pious once Khalistan is formed and that they are not strong enough yet to take a stand?

Gurpatwant Singh Pannun, the chief protagonist of SFJ, has uploaded a highly provocative video (duration 138 sec) on June 18 instigating the Sikh soldiers of the Indian Army to leave Army and join his secessionist outfit. The video has been made in the backdrop of the martyrdom of four Sikh soldiers from Punjab in Ladakh during the ongoing conflict situation at LAC. He even shot off a letter to Chinese premier Xi Jinping justifying China’s position against India and extending support of pro-Khalistani Sikhs. He has a history of inciting Sikhs by saying that Sikh people should leave India as the country never supported them. His organization SFJ even circulated a message in which Sikh people are being asked to join the ‘Sikh For Justice’ campaign wherein on joining they will get Rs 5,000/- more than their present salary in the Indian Army.

Pakistan has for years been working on its agenda of subverting peace and harmony in India.

Not only in Pakistan, but there are also several claims that these groups are getting support from Pakistani Muslims in Britain and Canada too. The major inflow of funds of Justice for Sikh organization comes from Canada and the United Kingdom.

Some Gurdwaras in these countries are also the facilitators of the so-called movement and they have been pumping huge money and material to keep it alive. Recently in June this year, the largest gurdwara in the United Kingdom, Guru Sri Singh Sabha, put up a picture of slain Khalistani separatist leader Jarnail Singh Bhindranwale along with the picture of Guru Arjan Dev, who was the fifth guru of Sikhs.

It may be noted that Guru Arjan Dev gave up his life for the Sikh faith while Bhindranwale was accused of taking lives in the name of Sikhism.

Khalistan making headlines is terrible news for the community as it kills all the genuine causes, grievances, and demands of the community: a cry for justice on the massacre of 1984 and a fair deal for Punjab, for example. History speaks that many Sikh Gurus laid their lives fighting against radical Islam and yet we have these flimsy Khalsas, colluding with ISI, whose motive is just to carry out Jihad.

Their hypocrisy is highlighted in every move and the mighty and intelligent among the Sikh community must come forward to denounce the idea of Khalistan and make people realize the importance of national integrity. These are enemies of nation we call India and must be denounced at every step.