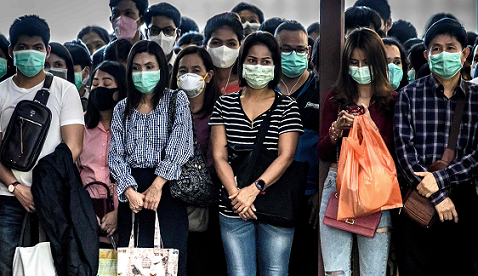 South Asia is home to over 1.8 billion people from diverse socio-cultural backgrounds. The COVID-19 outbreak in Southeast Asia is worsening, with rising cases across key countries in the region.

By imposing lockdowns, the strongman and populist leaders of South Asia such as Narendra Modi of India, Sheikh Hasina of Bangladesh, Mahindra Rajapaksa of Sri Lanka, and KP Sharma Oli of Nepal seem to be genuinely adamant in their efforts to flatten the coronavirus curve.

The World Health Organization (WHO) has called on Southeast Asian states to do more to stop the spread. The public health crisis has now become a political crisis and every government is struggling through economic downturns and especially recessions.

An abiding reason in this crisis is the population in South Asia: It’s about 2 billion or one-fourth of the world’s population. Indeed, it’s the most populous and the most densely populated geographical region in the world.

In India, COVID-19 is moving into India’s rural areas, where the healthcare system is shaky, leading to higher mortality rates. Cases are accelerating each day in Maharashtra, Karnataka, Andhra Pradesh, and Delhi. The new Coronavirus cases have taken India’s tally to 5,562,663 and death toll to 88,935 as on Tuesday.

India has become the second worst-hit country in the world after the United States.

Indonesian authorities have imposed the capital Jakarta into the second period of lockdown. With 122 additional deaths and 3,963 new cases, the total cases have crossed the mark of 232,628 cases with a death toll of 9,222.

According to certain investigation reports by Reuters, it was found that Indonesia’s rate of testing is among the world’s lowest, and its contact tracing was minimal.

Governor of Jakarta, Anies Baswedan has already warned that the state’s health resource system is shaking and hospitals would soon reach full capacity in the capital if restrictions are not renewed.

However, Abdul Kadir, the director-general of Indonesia’s Ministry of Health has stated that if lockdown is reimposed in the country it would put Indonesia into an economic recession.

In neighbouring Myanmar, the upsurge in community transmission has worsened the situation in the country. The country’s health ministry announced that the country has recorded 404 new cases along with 15 more deaths and now tallies stand at 4,299 cases and 61 deaths.  The increase in cases has also affected Myanmar’s national elections, scheduled for November 8. The opposition parties are calling for the postponement of the polls.

Another worrying case is of the Philippines where a pandemic has had an outsized impact. President Rodrigo Duterte has responded slowly to the pandemic. The health authorities of the country have announced there are additional 3,375 coronavirus cases in the country bringing the total to 276,289.

While Southeast Asia has been in the tight grip of the novel coronavirus, some bright spots have shown positive results amidst the chaos.

Cambodia, Laos, and Thailand have shown a significant drop in the cases and even Thailand has recently clocked up 100 days without a community infection.