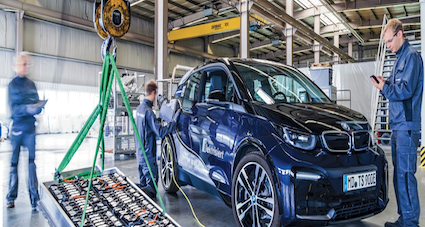 There is a fair amount of mis-information about electrical vehicles doing the rounds lately and this article tries to explain it in simple terms for a larger audience.

1-Lithium batteries are dangerous, and as an example, some of them are not allowed as cabin baggage in airplanes. Fact – airplanes have more built in batteries than one can even begin to count and batteries installed in safe electrical and electronic products are permitted as cabin and hold baggage both. .

2-Battery vehicles catch fire. Fact – so do all vehicles including internal combustion engines and in the case of hybrid engines, the risk is from both batteries as well as the fuel. Battery fires, on the other hand, are not as dangerous as fossil fuel fires, weight for weight.

3-Battery vehicles require huge charging infrastructure in India. Fact – barring vehicles used regularly for long distance journeys, almost all battery vehicles in cities will survive on a home location charging arrangement, if they do 100kms or so. And that is where the need is the most, for air pollution reasons, cities.

5-Battery vehicle maintenance is not ready as yet. Fact – maintaining a battery vehicle is almost as easy as maintaining an electric water cooler or water filter. With the kind of design in most, it can either be serviced and repaired at home, or the damaged part can be removed, carried to the service centre, and re-installed.

6-The production of battery vehicles causes more pollution. Fact – weight for weight, battery vehicles, especially 2 and 3 wheelers, use far less raw materials than do equivalent internal combustion vehicles. In addition, there are fewer moving parts, so much of the battery vehicle can be manufactured near the end factory itself.

7-Battery disposal is going to be a nightmare. Fact – we are already living the fossil fuel nightmare. There appears to be no cogent solution for that as of now, despite attempts for decades. Battery disposal, by comparison, is still wide open in terms of new technologies to re-use old batteries or disposal without damage.

8-Battery vehicles sold directly in a B2C model will not work. Fact – let the customer decide? If the customer wants an intermediary like a dealer, the customer can always opt for a traditional B2B2C option for purchase. Registration and insurance are already online and available directly.

9-Battery vehicles are new technologies, untested. Fact – battery vehicles have been used for decades now. It is just that fossil fuel prices are going up and apart from emissions, global scenarios may disrupt supplies of fossil fuels for any of a few dozen reasons.

10-Battery vehicles may not function in monsoons and on flooded roads. Fact – properly maintained, like electric railway engines, they will probably do much better than spark ignition (petrol and some CNG) engined vehicles. Battery powered engines have been used on boats and ships for quite some time now.

Today, I have friends in rural and semi-rural India, who have solar panel based charging units set up to charge their battery powered two and three wheelers – and they are looking forward to 4-wheelers as well as large vehicles. The cost benefit of this battery powered EV technology will reach farm to fork in terms of lower costs to end customers faster than most of us realise.

And that is the final reason. The cost benefit of battery electric vehicles can not be argued on.