Why AMU no longer holds charm for students across India 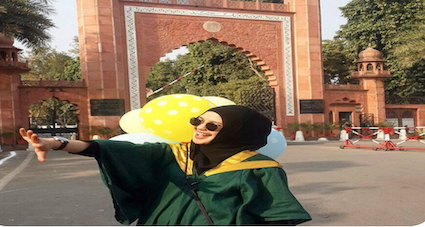 As globalization happened and the economy opened up in the early 1990s, several private and government funded universities opened in almost every state of the country. Hence, youngsters have many options to join good colleges and Universities. Further, they do not identify with any particular university.

Celebrated poet and lyricist Javed Akhtar said that “Aligarh Muslim University (AMU) is no longer an all-India institution. It looks like a state university of Uttar Pradesh where you have students from Azamgarh, Ballia and Baharich.”

This is indeed a very serious statement from somebody who was an alumni of AMU and whose uncle Asrarul Haque, popularly known as ‘Majaz Lakhnavi  wrote a nazm ‘Ye Mera Chaman, Ye Mera Chaman’. Well, this is an anthem of Aligarh Muslim University  and alumnus of AMU across the globe, who proudly calls themselves as ‘Alig’, sing it.

How correct Javed Akhtar in his opinion that now Indian Muslims are not attached to AMU unlike in the past? In his recently launched book ‘Aligarh Muslim University’, noted writer Mohammed Wajihuddin has tried to answer this question at a length.

“Though AMU is one of the central universities, it stopped attracting students from states other than UP and Bihar the way it used to till the 1980s.

“Even though it (AMU) is a Central University, it  does not truly represent the aspirations of Muslims in India today.

“ Since not many students from states other than UP and Bihar get admission here, Muslims in other states don’t identify with AMU. They don’t show interest in or warmth towards the university and its affairs.”

Once Zafar Iqbal, an ex- Maharashtra cadre IAS officer, said  that Muslims or youngsters from other communalities in Mumbai or other major cities of Maharashtra hardly seek admission in AMU as the state has so many brilliant educational universities.

He is spot on as Mumbai itself has great  Bombay University and Anjuman-e-Islam. Anjuman-e-Islam was founded in the year 1874 by a small group of devout and progressive Muslims lead by none other than Dr. Badruddin Tyabji.

Tyabji was the first Indian to practice as a barrister of the High Court of Bombay who served as the third President of the Indian National Congress.He was one of the founding member and first Muslim president of Indian National Congress.  It is sheer chance that his grandson with same name Badruddin Tyabji became the Vice Chancellor of AMU in 1960s. He was a Punjab cadre ICS officer.

So, youngsters irrespective of their caste and religion from Mumbai, Maharashtra and other neighboring states join universities in Maharashtra rather than going to AMU.

In chapter Glorious Past, Precarious Present, Mohammed Wajihuddin narrates an incident that proves a point that Muslims in some  states do not identify with AMU.  “In 2017, late Prof. Shakeel Samdani of department of Law in AMU, was in Mumbai. He was invited by an organization to speak on the need for an off-campus of the AMU in Maharashtra. AMU had decided to establish five off campus centers in Malappuram (Kerala), Kishanganj (Bihar), Murshidabad (West Bengal), and one each in Maharashtra and Madhya Pradesh in 2007. Even before Samdani stood up to speak, Saeed Khan, a known Muslim activist in Mumbai, began deriding the campaign for an off- campus centre of the AMU in Maharashtra.  He said, ‘ We don’t have anything to do with AMU. WE don’t need it.’ Understandably, the poor AMU teacher was shocked and he left the venue  without uttering a word.

It is said that the feeling of belonging to a larger ‘AMU community’ used to be cultivated among the students during the founder Sir Syed Ahmad’s time and for decades afterwards. Says Mohammed Wajihuddin, “ Till the 1990s, a sort of diversity too was maintained in the allotment of hostel room to students in AMU. The idea behind housing students from different streams together was to avoid homogeneity and helps foster in them an appreciation of diversity.” Alas, it is not there now.

That speaks volumes about AMU that was founded by visionary but equally controversial Sir Syed Ahmad. AMU has all the qualities that make any educational institution respected. Surely, a good quality educational institute bloom in an environment that fosters competitiveness, creative thinking, innovation and so forth.  AMU provides a learning environment that encourages working on innovative projects in order to promote holistic personality development for nurturing future leaders.

Finally, the universities like AMU have to play a key role in shaping the future of young Indians.  It is a fact that AMU was the nursery of movement for Pakistan that was launched by the All India Muslim League.  So, the past of AMU is really very controversial too. It must erase those memories and controversies associated with it.

SS Lee, the reclusive Chinese-Indian cricketer, will be missed

Who’s afraid of OIC, the toothless body binding on none?