Why are we so upset about farm protesters being provided with “Pizza Langar”? 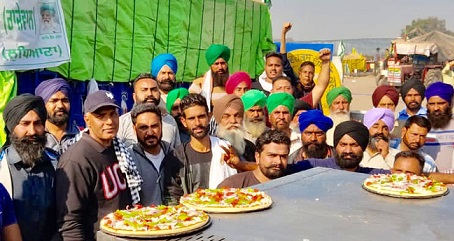 The Aarogya Setu app has an interesting feature – it tells you how many other people have tested +ve in a rolling 28 day period around you at radii of 500 metres, 1 kilometre, 2 kilometres, 5 kilometres and 10 kilometres. What good this information does, beyond scaring those of us living in larger cities with high population densities, is not known. But here’s an interesting observation – if you live in a crowded coastal city, then the typical inland relationship between 500 metres and 10 kms radius gets hugely skewed downwards as compared to a non-coastal city.

See, typically, in a coastal city, after 2 or 5 kms, there is nobody living in the water, so there are no COVID+ve people there. The over 10kms radius number compared to the 500 metres radius and 1 km radius is hugely skewed when you compare, say, Delhi with Mumbai. And that’s one reason why Mumbai’s COVID+ve numbers are so much better than Delhi’s. But that’s not the point here.

The point here is to compare how Corporate NPAs and farmer subsidies are projected.

A light conversation with an ex-banker of some standing brought in an interesting factoid. He called it the Hypothesis of Twos.

The magic numbers start for you after 200 crores worth of NPAs. Very few farmers can reach that unless they are like certain daughters in Mumbai and son-in-laws in Delhi.

The farmer sees this day in and day out, especially in agrarian States where the industrial revolution happens cheek by jowl, and wonders – how do I jump into this bandwagon? All he gets, instead, is mandi games. Per person, he probably never crosses the 2 crore NPA equivalent number, and if and when he does, he emigrates.

The working middle-class has it worse. They are surrounded by crimes that they have committed and therefore keep their mouth shut. Now they are also constantly pushed into debt to buy stuff they really don’t need. Pay the EMI on that car or repair the burnt-out clutch? The middle class, all 250-500 crores of them in India, will never manage an NPA or a farmer subsidy. In addition, they will live a life, terrorised by fear of laws having been broken that they did not even know about.

So, big question here is this – why are we so upset about farm protesters being provided with Pizza Langar?