Why August 5, 2020 is breaking down of a symbol of slavery in India 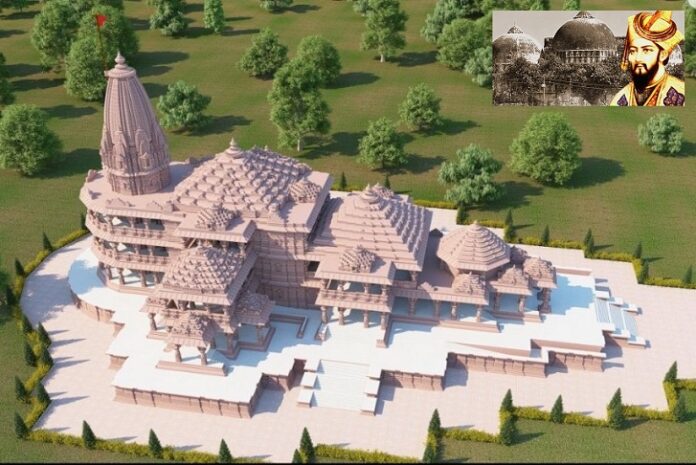 Matter of simple fact, we shall be hard pressed to find even one decent Museum to Slavery anywhere in India. Or a definitive book on the subject, a movie, a television serial, a comic book or anything. It is as though past 1947, those who mis-governed India chose to place a collective memory loss on the subject of Slavery in India, and instead made every effort to glorify Slavery.

Look at our Railways, please thank the British for the gift, when in true fact the Railways were built to make theft of Indian produce more efficient. Look at all these Mughal Monuments, please thank the Mughals and their allies for the gift, when in true fact these monuments from the Taj Mahal downwards were built by slaves to show the slaves what misuse of power could do. Is there even a single narrative about the human aspects of this slavery anywhere, from an Indian point of view, of the strengths we displayed to survive those centuries and come out stronger?

The marching tune I clicked away to on my Indian flag Training Ship Rajendra was Colonel Bogey. The one time that white slaves built a railway line anywhere. See how they commemorate it? The irony was lost on us then. In actual fact, there were 6:1 brown soldiers to white involved in making that Slavery Railway Line over the River Kwai in Thailand. But do you see a single brown soldier in the movie or video clip below, except the man pulling the string on the fan?

Let’s be totally factual here. I am from a family of Punjabi refugees. Many in my extended family had vast land holdings as well as permanent dwellings in what overnight became West Pakistan. Some even had Government jobs, which then as now, had huge value. A few had businesses in large cities of East Punjab.

I lit two candles last night in memory of my late parents (see image above). You have to be the son of parents who abandoned everything to escape Slavery to be able to even begin to understand this. The narrative against slavery of Indians has begun today.

Every one of them opted to leave everything and move, literally overnight, for one single reason – they did not want to be slaves, especially to the Power and Symbols of former Slavers.

So they came to India, all of them losing about one-third of their numbers along the way. By foot, by truck, by cycle by train, by boat and in one specific case, by air. One third were killed or lost en route, a few died after arrival which is also a story waiting to be told about how your own people in the promised land were responsible for your deaths, and the survivors put their heads down to make life solid again.

74 years after 1947, we still do not have a single decent Museum to Slavery in India, nor do we have the narrative.

But some of those Symbols to Slavery are finally going down and being replaced.

Today, the 5th of August 2020, is a day that my parents were looking forward to.

They came to New India to escape Slavery.

And Slavery is spelt with a Capital “S”. Like it or lump it. The tearing down and replacement of Symbols of Slavery has begun.

Proud to be the son of refugees who escaped slavery on their terms.