Why Australia is so bad for limbs of cricketers: Who culls the monster? 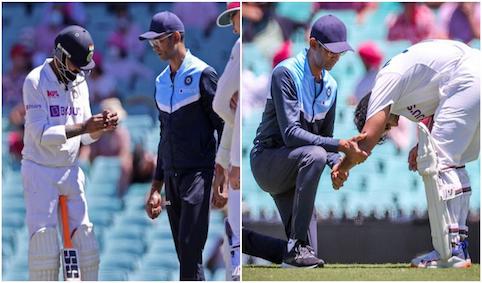 If you could talk to your cricket heroes, like I did while earning my bread in the press box,  you would chuckle at every anecdote which comes your way by stirring their coffee or fetching the fresh cake which they missed at the tea break. Cricket’s war zones, like Australia is for visiting teams, generally offered not tales but anthologies.

So you hear about injuries, both real and feigned; blood spots which were left on WACA by broken teeth; and stretchers which had its occupant looking up and rueing what the heck he was doing in the middle in the first place. Your own team-mates act genuinely concerned, even those on the benches who just have been offered a passage into the playing eleven. But stripped of frills, you are on your own. It’s a cruel game on limbs and spirit.

So I log in into memory and try to remember every Indian cricketer who has walked out of dressing room and headed for airport on this tour, some with broken (Shami) or sprained (KL Rahul) wrist, fractured thumb (Ravindra Jadeja); and some (Virat Kohli) for filial loyalty; and still some (Umesh Yadav) for calf torn. Those in Australia usually have family folks in prayers rooms back home, heads bowed, an incense in hand.

It’s mostly their fast bowlers, you see. Unsparing even on own men as the tragedy of Phillip Hughes comes alive ever so often. These stat guys once dug into archives and informed us of 174 deaths since 1858; sure not all because a young lad was firing in his 140km/h red cherry from a distance of 22 yards. But most were largely due to blows on neck, chest and head. It didn’t matter if the unfortunate ones were in a friendly beach game or squaring up in backyard. Men with bat have the gravest dangers and even an Irfan Pathan in these conditions could fracture your skull (Mark Vermeulen of Zimbabwe in Brisbane, 2004).

It’s days such as third one of third Test at Sydney, when timbers and fractures were making all kinds of sound, that those Tales-by-Talls revisit you. I don’t know how three of ours were run-out on Saturday but I do know for sure that some happened in the past only because a fear-stricken batsman was trying to be at the non-striker’s end. That Mohammad Siraj ducking even before the ball had left the hand has enough precedents. That shoulders were dislocated for a projectile from cow’s corner unused to massive grounds. That a hamstring or calf would give way to the shock your knees and back took running up on those hard squares.

Sure, there have been heroes who visited these shores and tamed the wild beast. Sunny Gavaskar and Sachin Tendulkar and Virat Kohli are examples few follow, both skills and courage being handmaidens loyal only to worthy masters. These guys rarely missed Tests, and so rarely did Kapil Dev and Rahul Dravid, which in no small measure is also a tribute to their fitness.

The little I watched Saturday, Ajinkya Rahane, Rishabh Pant and Ravindra Jadeja were tested by verticals from bowlers. The pitch was no longer timid, nor the venue a friend, historically the most favourable to Indians outside Asia. After all, three scores of 600 and more have accrued in Sydney in last three decades and some.

But now India would surrender Sydney and if Brisbane goes ahead, that one too since fielding 11 on the field is a proposition in itself. This is the real protocol reserved for visiting teams in Australia, and not the quarantine type that has bugged us last few weeks.

And there is no next time either. It could only happen if Kohli, Rohit, Rahul, Shami and Jadeja—to go with Bumrah, Pujara and Ashwin are fit or available at all times. When there is enough of rest and less of play; and when grounds are sprinkled and nets are up without lockdowns in place. We can rejoice at emergence of a Gill or Siraj but it would never be enough to cull the monster.

If I sound depressed, I am in that kind of mood.