Why Indian media isn’t concerned about Indian interests? Unlike Khaleej or Straits Times? 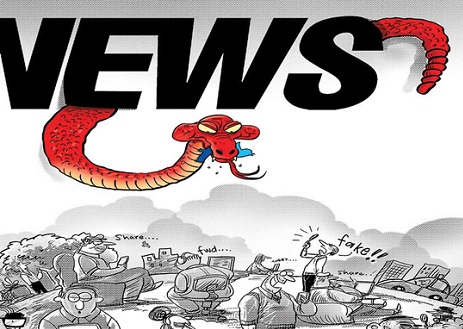 I have been guilty of leave without absence, multiple reasons, one of them being an attempt to complete a long-form article on the actual true ownership of India’s leading print media houses. The really old ones, from British days, which still call the propaganda, perception and mind-bending shots in India, not to forget the influence they also have on matters commercial, political, judicial and most of all – bureaucratic.

In doing this, I cannot but help compare with two specific print media based evolutions that I have seen in the course of my life – Straits Times from Singapore and Khaleej Times from Dubai, UAE. As different as chalk and cheese, Straits Times is racing towards its 175th anniversary whilst Khaleej Times is 8 years away from the 50 years mark. However, globally, both have a position which far outweighs the sizes of the countries they emerged from.

A note on the news media as it evolved in the UAE is of interest here – “In the early 1960s, there were still no locally-produced newspapers in today’s UAE, mainly because of illiteracy and lack of a market in which to sell them.  In 1967, before the UAE gained its independence, an Indian expatriate, Kawas Motivala, published the country’s first English bulletin, The Recorder.  Mechanically reproduced on an office copier, the paper published three or four times a week, focused on advertising and merchant news.”

If you look back at the evolution of not just the Straits Times, but also Times of India and other English language Indian newspapers of an era when the British controlled pretty much everything between Aden and Singapore, that’s what it was all about – controlling the mercantile dialogue, to start with. Politics did not exist except in the “Home” context, Judiciary was separate for natives, and babudom was top-down Colonial.

Primacy of news media in not just the Anglo-Saxon context, was, therefore mercantile. Politics was best left to the Masters of the State, Judiciary was there for Checks and Balances and Babudom was there to ensure things happened for a larger interest of the unwashed masses. The Army, you may recall, was for generating manpower to go and fight in Europe and other countries which the Colonials wished to conquer for whatever commodity of the day or year or decade was needed. Sugar, cotton, rubber, oil, opium, copper–for example– countries, even Continents and certainly islands, were to be conquered on behalf of the reds & blues in multiple difference formations. Saffron and green were also rans in some corner, dancing and getting variously stoned, producing more warm bodies to go and fight somewhere or to die in the fields. Thus, for example, the term “oil fields”.

In the midst of all this arose from the ’80s onwards a vibrant local media in outposts like Singapore and Dubai, focused solely on very well defined concepts of “national interest” borrowed from, where else, the Colonial influences. I recall picking up crates full of old newspapers from seaports visited in the ’70s and ’80s – they were useful for lining the cat-litter boxes onboard and also additional reading material, especially the various then newly arrived colour supplements on subjects of all sorts which were printed on glazed paper and therefore saved up in the ship’s libraries. Articles on arts never get dated, remember?

Fast forward today. Like some other Indians, for a variety of reasons, I keep a close watch on Singapore and Dubai-UAE, and towards that, a quick scan through the online newsletters of the Khaleej Times and Straits Times are lately often more informative about matters Indian than our Indian media themselves. For anybody who knows anything – both Singapore and Dubai are in competition (with the exit of Aden and Hong Kong, though Djibouti is a new entrant, Colombo is Serendipity, and Kuala Lumpur has its own issues) on control as well as size of pie of business to and from India.

Post Covid-19 this is going to be a commercial war. While Covid-19 is underway, however, the kind of steps taken in India to scale up logistics for movements of commerce by road, rail and water, as well as by air, are what future case-studies will be about. You will, however, not see much about this in the Indian media. You will have to read between the lines on special cargo trains, port movements and air-cargo growth, for example – none of which find much space in our Indian media now.

Frankly, this does not bode well for the trading outposts outside India, especially now that banking has also to some extent cleaned up its act and is not totally dependent on what is known as the “Financial Capital of India” but is actually the “Scam Capital of India.”

(Note – how does the Scam Capital keep projecting itself as Financial Capital? Just look at the entertainment media from the same city, lately much in the news for murders that became suicides.)

Meanwhile, over in Singapore and Dubai, the sheer amount of coverage on progress in a world post Covid-19 includes huge coverage on India. Why? Well, India for them is still a huge single-point market, for everything. And both Dubai as well as Singapore were, I use the word “were” very carefully, important transit points for all this commerce to and from the market.

The two newspapers and other newspapers from Singapore and the UAE thus play an important part in building perceptions about India for their own National Interests. Fair enough. Media is about mercantile benefits. Of the country that they are published from. Globally that is how it is.

And that is where my long-form article on true beneficiary ownership of Indian media is headed.

If we too want an “India first” kind of media in and from India, we do need to dig deeper into who actually controls the puppet strings, and from which countries.

Why is this so difficult in India?

Here’s a hint – part of the Evidence Act, incidentally – and used for commercial purposes, so understanding this about “legal privilege” extended to commercial matters especially of true beneficiary ownership of especially the news media in India will help – Section 129 of the Act provides protection to a client from being compelled to disclose any ‘confidential communication’ with his or her legal professional adviser. The scope of attorney-client privilege under this section extends to all communications, oral or written.

How is the Evidence Act used to hide the true beneficiary ownership of media in India? Well watch this space.

What is the deeper reason behind what appears to be a sudden spike in the number of random and/or mass shooting episodes in Umrika...