Why is Gaming not being brought under GST? 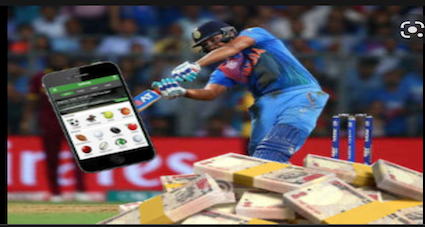 About 20 years ago I was invited to attend a technology conference in Las Vegas. I must admit I was terribly jet-lagged because of winter delays ex-Delhi which caused re-routing and switching airlines. Las Vegas struck me as a particularly plastic and neon kind of city, as I tumbled off the American flag carrier I had been bundled onto, which was another reason for me to go straight to my room and fall asleep.

When I woke up and stumbled down for an early breakfast, I found myself near an early morning session which promised to teach people about the psychology of gambling, and the then early days of online gambling. With nothing better to do since my colleagues from other parts of the world were possibly sleeping off the hangovers from their previous night out on the tiles, I walked in.

Amongst the best educations I received in my life on a subject I had been interested in ever since a more experienced Master and Chief Officer banned me from going ashore in Japan again, after I had won a lot in a casino there on my first outing. After that, in my tech life, since we were making technology for casinos, we were in any case banned from going on the floors when on work visits – so all I knew about gambling was from home teen-patti sessions.

I learnt many things that day to an extent that I stopped eating breakfast and just absorbed the knowledge and also huge mugs of strong black coffee – encouraged by a wise Japanese man seated next to me who suggested I replace the bakery carbs with fresh citrus fruits instead.

Which then explained the plastic and the neon from the moment you landed at McCarran. The Gods of Las Vegas.

Today we see in India that to help counter rising prices and increase revenues, the GST Council is getting ready to increase the taxes on basics like papad and jaggery (gud).

(Side note – there is no GST on almost all meat, by the way, maybe it is because one particular community appears to have the monopoly on the trade?) But why is gambling, whether called gaming, games of chance or games of skill, not being brought under GST?

And that brings me to the 5th point which I took away from that conference. Going forward, the money laundry part of the gaming businesses would require huge participation by banks and MNCs, because the profits from countries where gaming is illegal, will need to move abroad – and at the end of the day – they call the shots in the world.

If (controlled) gaming was legal in India, which our tech companies would certainly be good at, the turnover, profits and losses would pass through and also probably if we play smart, remain in India. And that would be between 2% and 8% of the GDPs of other countries moving to India, if the example of the European Union itself is taken as a broad marker.

I am not coming from a moral point of view here. My point of view is purely fiduciary. The money movement exists, and the profits all go abroad, simple as that. That they show as a plus in some other country’s GDP while showing up as a huge negative in India’s, is what I understand needs to be taken forward and solved.

Today, as the West, meaning Europe, rapidly moves into a war zone where the leading Capital Cities of Europe are all within 1000 to 1500 kms of the Ukraine border, it is clear that old nomenclatures like “post Soviet Europe” or “erstwhile Eastern Europe” mean nothing. Everything is a small continent which stole from the rest of the world for centuries. Now collapsing.

Do take a look at the distances between Western European countries and Ukraine.

If we are hesitant to legitimise gaming in India, fair enough – but the technology to control the financial and fiduciary parts of global gaming certainly exist in India. And that is a huge taxable basket, waiting to be tapped into – not just increasing the GST on papad and gud (jaggery). Or coffee.